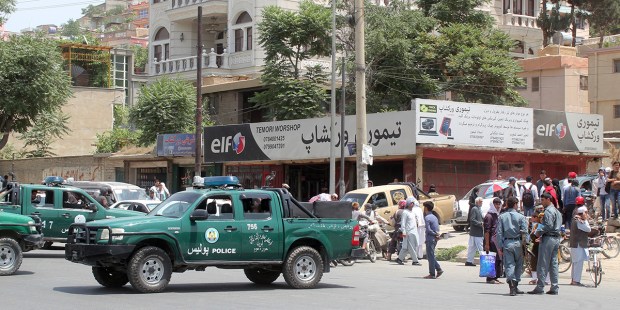 Soon after a group of Islamic clerics in Afghanistan had declared suicide bombings to be sinful, their meeting place was subjected to a suicide bombing, leaving seven persons dead.

The top clerics were meeting in Kabul Monday, issuing a fatwa against suicide bombings and inviting warring parties in Afghanistan to peace talks.

Ghafor Aziz, police chief of Kabul’s 5th District, said the bomber detonated his explosives near the entrance of a compound where the religious body, known as the Afghan Ulema Council, was meeting under the traditional tent of the Loya Jirga, the council of elders, Time reported.

In addition to declaring suicide bombings “haram,” or forbidden under Islamic law, the council appealed to both the Afghan government forces and the Taliban and other militants to halt fighting and agree to a cease-fire. It also called for peace negotiations between the two sides.

It was the first time the council has issued such an appeal.

Less than an hour before the attack happened, Ghofranullah Murad, a member of the council, condemned the ongoing war in Afghanistan, saying it is illegal and “has no root in Sharia law.”

“It does nothing but shed the blood of Muslims,” he said.

“We the religious Ulema call on the Taliban to respond positively to the peace offer of the Afghan government in order to prevent further bloodshed in the country,” Murad said.

No one immediately claimed responsibility for the attack, which also wounded nine persons.