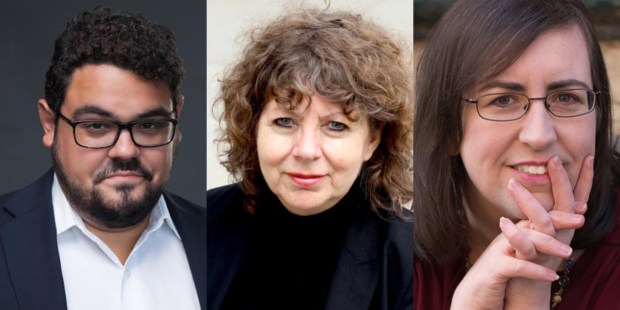 The Sheen Center features writers who share the faith in a venue that’s open and inviting to all.

The late Archbishop Fulton J. Sheen, celebrated for his inspiring writing and radio and television appearances, understood how to best reach those most in need of the Church’s message of hope.

Today, the Sheen Center for Thought & Culture, an initiative of the Archdiocese of New York, carries on Bishop Sheen’s legacy by presenting plays, films, music and art that reflect “the true, the good and the beautiful” to all New Yorkers.

This June 21 to 24, the Sheen Center Theater festival will once again showcase the emerging and established Catholic playwrights with a series of four free performances of works that address issues facing our contemporary culture.

Located in trendy NoHo, at 18 Bleecker Street, the Sheen Center offers a unique venue, inviting denizens of this arty, bohemian district to engaging and entertaining performances by writers and theater companies who are informed by a Catholic vision.

Admission is free, but reservations are required and can be made online at www.sheencenter.org/shows/festival.

The schedule for the second annual Sheen Center Theater Festival is as follows:

Opening night features some of the most prominent Catholic theatre companies in New York City, including Turn To Flesh, Xavier, Magis, and Storm, as they showcase excerpts from current shows and engage in a talkback on the importance of theatre with a Catholic vision in today’s cultural landscape. The showcase and talkback will be followed by a cocktail reception.

El Coquí Espectacular and the Bottle of Doom examines the ways in which we define our heritage and ourselves. Alex, a comic book artist whose ideas might be “too Puerto Rican,” has begun secretly dressing up as his creation: El Coquí Espectacular, defender of Nuyoricans in all five boroughs! When his brother Joe is fired from a project for not being Puerto Rican enough, the two, with the help of a young photographer named Yesica, hatch a plan: to debut El Coquí at the Puerto Rican Day Parade and prove themselves to the world. A Q&A with the participating artists will follow the reading.

The December Man follows the tale of Jean Fournier, a young man coping with grief and regret after fleeing the massacre at L’École Polytechnique de Montréal in 1989. By exploring the aftermath of the tragic event, the play forces the question: what would we have done had we found ourselves in Jean’s situation? This searing drama on courage, heroism and despair explores the long private shadow that public violence casts. A Q&A with the participating artists will follow the reading.

Shakespeare’s Merry Wives have become Snyder’s Merry Widows in this hilarious sequel with a feminist edge. Alice Ford and Margaret Page find themselves newly autonomous — but while Alice embraces all the possibilities the world has to offer, Margaret continues to mourn the loss of her husband. When news comes that the bastard son of Henry V might be visiting, Alice is told it is her duty to seduce the young man to keep him, and his wealth, in the town. Except, it seems, her husband, Francis Ford, isn’t quite as dead as everyone thought he was! With an added touch of Hamlet, Shakespearean cross-dressing, and a very confused Dogberry and Verges (who took a left turn at Illyria), The Merry Widows of Windsor is sure to delight audiences of all ages. A Q&A with the participating artists will follow the reading.