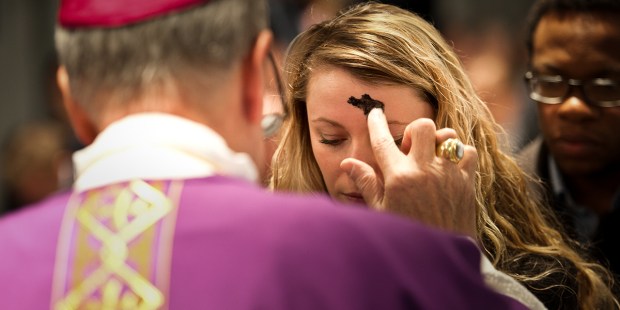 A recent poll has found that young Catholics in England and Wales are more religious — and also more anxious — than they were eight years ago, according to a report in Independent Catholic News.

The survey, conducted in advance of Pope Francis’ Synod on Youth this fall, showed that in the last eight years, the percentage of young Catholics attending Mass regularly increased by 11 percentage points (from 25% in 2009 to 36% in 20017). The poll defined regular attendance at Mass as at least once a month.

The percentage of self-professed agnostics or atheists also decreased in that period, from 49% to 42%. The poll also found an increase in the number of those who aspire to help others, although there was little change in the number of people who actually participated in charitable activities.

This increasingly devout Catholic young adult population is not without its worries, however. The poll showed that the number of young Catholics who said they have experienced stress over a range of factors rose by 10%.

Some of the poll’s findings include:

Female young Catholics are more likely than their male peers to have felt anxiety in the past week on every factor measured, most notably “about how I look” (79% female vs. 54% male) and “about having enough money for myself / my family to live on” (66% female vs. 50% male)

The results of the survey were part of a report titled “Complex Catholicism,” which will be used to “inform and shape the conversation in England and Wales around ministry to Catholic young people in the run-up to the Vatican Synod on Youth,” according to Independent Catholic News (ICN).

“Through this research, young Catholics have articulated a strong openness to Christian belief, to social action and to belonging to the Catholic community; but they are also living complicated lives with some perhaps paralyzed by pressure. The Church today has an opportunity is to follow the call of Pope Francis to reach out to those on the peripheries and demonstrate an authentic, dynamic and humble expression of Catholicism for the 21st century,” said the report’s author, Matthew van Duyvenbode, according to ICN.