Have we abandoned our boys to the lies of the world? 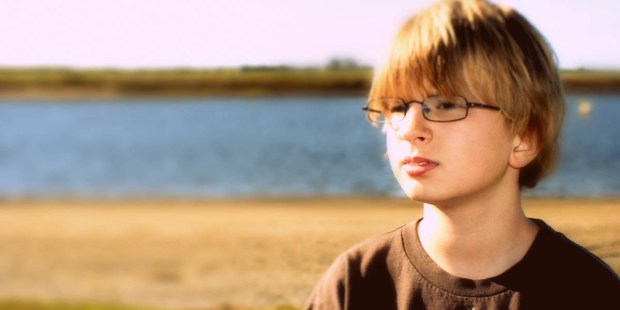 The audience cheered wildly when she said: “Not all men are bad—some of them are dead.” I could ask you what the response might have been if a male “comic” said that about women. Instead, I will ask you to imagine your young son hearing that remark, and then noting the laughter and applause. What might his thoughts and feelings be? How long would he likely remember that event? And what if he asked you to explain the apparent enthusiasm for the death of men precisely because they are men?

Our boys need to know: Is it really true that all males are at least potential victimizers or abusers simply by being male? Wouldn’t that make being male a bad thing?

Meanwhile, nearly every social indicator points to a crisis in the physical, mental and social health of boys. Boys are more likely than girls to struggle in school, less likely to graduate from college, more likely to die a violent death, to be imprisoned, to be addicted to drugs or alcohol, and more likely to commit suicide.

Fortunately, there are researchers, writers and organizations who are not only sounding the alarm about our boys in crisis but also offer resources to help. What spiritual resources are available? Who can be our allies in faith as we come to the aid of our boys in crisis?

I think we have to start by rediscovering the goodness of fatherhood. Old-school Freudian psychologists claimed that we took our expectations and perceptions of our earthly fathers, idealized those, and then projected them onto the “Great Big White-Bearded Super-Daddy Who Lives in the Sky.” Such a view is not only an indication of theological illiteracy, it is just plain wrong.

What we know of earthly fathers and what they should be, we learn from our Heavenly Father. God’s strength, God’s initiative, God’s providence, God’s wisdom and right order—these divine attributes are what we look for in earthly fathers, who are called “father” because God is the first father. (See John W. Miller’s wise book, Calling God ‘Father,’ to consider this theme in detail.)

How might we talk to our boys today? How might we speak to them when they are surrounded by confusions, distortions and outright lies about what it means to be male, about what it means to become a man? It’s true that not one size fits all, and even the same boy will need different advice at different ages, but I think we could serve our boys well if we told them something like this:

“Because of who God is, and because of who you are to God, we want you to know the truth. And the truth is that we want you to love being a boy! Being a boy is the best way to prepare to become a man. God made a world and a Church in need of men. So we want to help you to be a good boy so that you can be the good man God intended. We want you to be a good man, which means you must be ready to be a father—whatever your vocation may be. Because you are called to be a man, you must learn how to give life, cultivate life, protect life and sacrifice for life. And you have the example of our Heavenly Father, and the example of St. Joseph to learn what it means to be a true father. Along the way, we will guide you and help you to manhood and fatherhood. Thank you son, for being a boy; thank you son, for becoming a father.”

When I write next, I will propose an examination of conscience for Catholics who produce or make use of media on the internet. Until then, let’s keep each other in prayer.