Meet the man who died saving a young boy from drowning 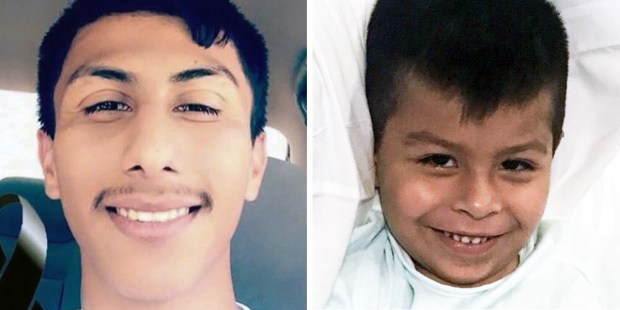 “Greater love has no man than this, that he lay down his life for his friends.”

During a family walk along the river, 5-year-old Vincent slipped on the rocks and fell in, and the first person to jump in after him was a man who couldn’t swim.

The young boy’s parents quickly followed, jumping into the raging waves after Vincent. Victor Mozqueda reached him first, and, though they were swallowed by the water multiple times, Victor refused to let go of the boy. Even though he couldn’t swim, Victor was determined to hold onto Vincent until he could get him to his parents. Just after his parents were finally able to reach Vincent safely, Victor was swallowed by the water and drowned.

Family and friends lined up to place candles around a vigil for Victor Mosqueda, a Santa Clarita man, who died saving a 5-year-old-boy from drowning. pic.twitter.com/InDAcfQ9aP

His family and friends say that Victor’s sacrifice was characteristic of his life. “Victor was a happy person, humble, caring, loving, respectful, laid back, and friendly,” his sister Maria said.

His brother-in-law said, “He would always do things for others. That’s just the way he was raised.”

Victor’s selfless life ultimately saved a young boy from a tragic death, and his sacrifice will not be soon forgotten by those who love him.

The family has set up a GoFundMe fundraiser to help offset funeral costs.