Most will be familiar, a few others less so, but they all stand the test of time.

If you’re scouring the family tree, flipping through the baby-name books, and coming up short, take a look at these classic saints’ names. They’re all associated with the theme of “mercy.” Some will be familiar, others would be more, shall we say, daring choices. But in reading about the selfless and merciful acts of these remarkable people of faith, you might be inspired to commemorate their devotion to mercy, and give the gift of their name to your child.

Launch the slideshow to see the 17 classic baby names inspired by saints who witnessed to God’s mercy: 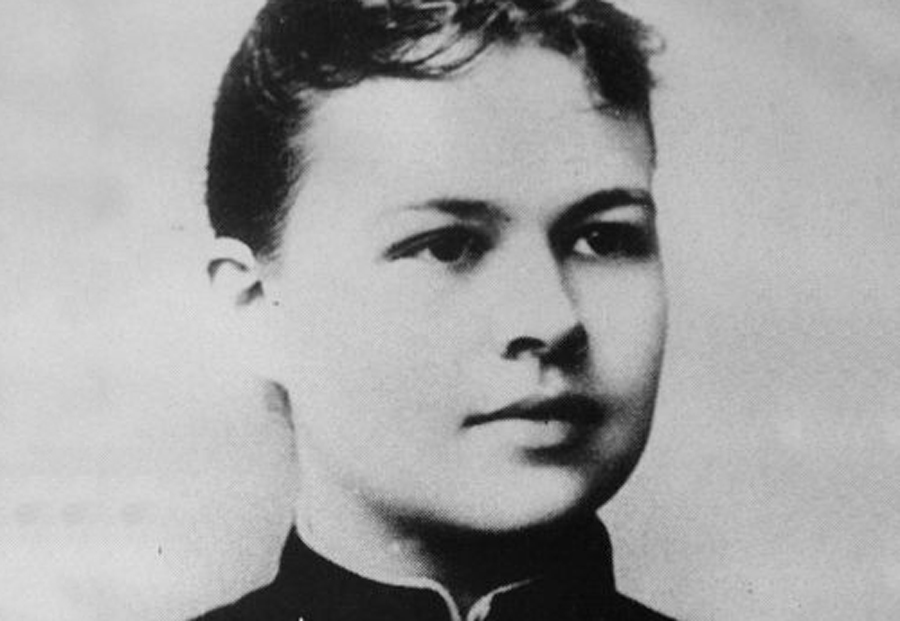 For a little girl you hope will be brave and faithful even in the most difficult of circumstances. Mary Elizabeth Hesselblad (1870–1957) was canonized this year by Pope Francis. A Swedish nurse who converted to Catholicism, she epitomized the concept of mercy through her work to save Jews from the Nazis during the Second World War — many of whom would have certainly perished had it not been for her direct intervention.

For a little girl who will care for others through spiritual and corporal acts of mercy. Maria Domenica Montovani (1892–1934) worked with the gravely ill in her parish in Verona, Italy, from a young age. She co-founded a religious order with Blessed Giuseppe Nascimbeni, the Congregation of the Little Sisters of the Holy Family.

For a boy who will enlighten the ignorant and uneducated. St. Anthony of Padua (1195–1231) exemplifies the spiritual work of instructing the ignorant. He was a friend of St. Francis of Assisi and was known for his ability to powerfully preach the word of God to young men studying to join the Order of Franciscans.

For a child who will tend to the forgotten and abandoned members of society. Catherine of Siena (1347–1380) touched the lives of many in her short life: from a young age she gave away food, drink and clothing from her household to those more in need of it. She also demonstrated great love and mercy for prisoners, by walking with them to the gallows, and she nursed those struck down by plague.

For a community-builder. St. Teresa of Avila (1515–1582) was a Carmelite nun whose core concept of religious life was to form communities dedicated to compassion and mercy. She lived during a time of great upheaval and uncertainty in the Church and devoted her life to reform, both of herself and of the Carmelite Order.

For a listener. Leopold Mandic (1866–1942) is a Capuchin Franciscan saint whose relics were on display in St. Peter’s Basilica during the Jubilee Year of Mercy. Leopold had ambitions to be a great missionary, but he was asked instead to undertake the work of confessor. He became a great spiritual guide, and for 40 years he spent twelve hours a day in the confessional, putting aside his own aspirations to show mercy and compassion to those closer to home.

For a little girl who will grow up to care for the needy. St. Elizabeth of Hungary (1207–1231) was the wife of a nobleman in what is now modern-day Germany. After her husband died she built a hospital where she personally helped to nurse the sick. She became a Third Order Franciscan and made prayer, penance, and care of the needy her main priorities.

For a child with an enormous capacity for forgiveness. Maria Goretti (1890–1902) is one of the youngest canonized saints. At the age of 12, she was attacked by a man who tried to rape her and died the next day — but not before she announced, in an ultimate act of mercy, that she forgave her attacker. The man was found guilty, and on release from prison he visited Maria’s mother to ask for her forgiveness. He lived with Franciscan monks as a layperson for the rest of his life. While the story is a tragic one, it demonstrates the power of forgiveness and rising above injustice.

For a boy you hope will be a brave spiritual leader. John Vianney (1786–1859) lived in France at a time when it was illegal for Catholics to attend Mass. His family, and others, often traveled long distances in order to hear priests covertly preach Mass, and due to the courage of these spiritual leaders, he felt a strong draw towards what he saw as the heroism of the priesthood. He became a priest as soon as the laws in France were changed, allowing the practice of the Faith.

For a brave child who puts others before himself. Maximilian Kolbe (1894–1941) was a Polish Franciscan friar with a heartbreaking story that shows his strength of character. He was captured by German authorities in February 1941 and imprisoned in Auschwitz. When three prisoners disappeared from the camp, one of the camp commanders ordered 10 prisoners to be starved to death in retaliation. Kolbe put himself forward to replace one of the selected 10.

For a boy who will tend to the sinned-against. Peter Claver (1580–1654) was born in Spain and entered the Jesuit order at an early age. He traveled to Colombia, where thousands of African slaves were brought ashore each month, and spent the next 33 years ministering tirelessly to these people, nursing the sick, baptizing them and ensuring they knew of God’s love for them.

For a child who will feed the hungry. Vincent de Paul (1581–1660) was a French priest who spent much of his time tending to the poor, sick and the lame. He understood the limitations of individual effort and so he reached out to the wealthy, asking them to support his efforts. He and his helpers gave soup and bread to as many as 16,000 poor people each day. Many parishes today continue the work of Vincent through their St. Vincent de Paul societies.

For a little girl who will spread God’s mercy. Faustina Kowalska (1905–1938) was one of 10 children born into a poor Polish family. A series of visions told her to spread the message of God’s mercy to all, even those who had rejected His ways and word.

For a boy who will forge his own way. Martin of Tours (316–397) was born to pagan parents in what is now modern-day Hungary. At the young age of 12, he began to contemplate whether he should continue his pagan lifestyle or convert to follow the Christians. Throughout the rest of his long life he traveled a path that wasn’t necessarily expected of him by his family and peers. He preached that God loved everyone, whether pagan or Christian, and he displayed kindness and warmth to all those he met.

For a spiritual girl with a romantic heart. Margaret of Scotland (1045–1093) was traveling by boat to Hungary when her boat was wrecked in a storm off the coast of Scotland. The Scottish king, Malcolm III, invited Margaret and her family to stay at his castle until repairs were made to the boat — and Margaret and Malcolm fell in love and were eventually married. Margaret influenced her husband to follow the Lord, and together they opened many monasteries, churches and schools in Scotland. Margaret helped the needy by bringing them food and clothes; she even housed the homeless in her castle.

For a boy who will keep the material world in its place. Francis Xavier (1506–1552) traveled to India in 1541 to preach to the poor about the life of Jesus. He not only preached, however — he lived what he taught. He lived as the poor lived, he ate what they ate and he carried out his life and work among the world’s less fortunate.

For a boy who will grow up to tend to the needy. Stephen the Martyr (died c34 AD) is venerated as the first Christian martyr. He converted from Judaism after hearing the preaching of Jesus’s apostles and helped distribute food and clothing to the poor around Jerusalem. However, some Jews felt he had rejected God by following the word of Jesus, and so they dragged him out of Jerusalem and stoned him. He forgave those who stoned him as he died and asked the Lord not to hold their sins against him.