Croatia’s World Cup coach always carries his rosary with him 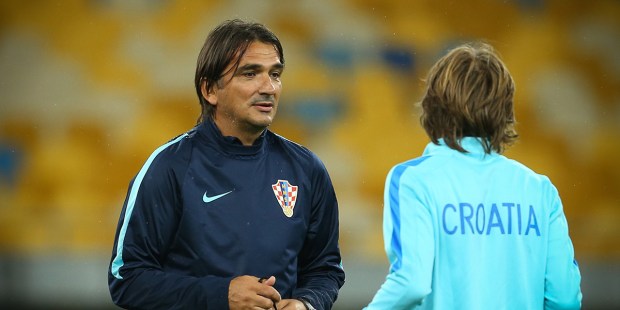 Zlatko Dalic, whose team will face France in the final, says his career wouldn’t have been possible without his faith.

Croatia will take on the French national soccer team in the 2018 FIFA Championship round after their 2-1 victory over England in overtime.

Prior to the match against England, Croatia’s coach Zlatko Dalic commented, “we do not fear anyone, not even England.” The sentiment comes after the Croatian team has had a Cinderella-story tournament, in which they beat many teams they were expected to fall to.

A former Croatian soccer player himself, Dalic, knows just how important a World Cup victory would be for Croatia, a team which has made it to the final round 5 times, but has never won.

Like many in the deeply Catholic European country, Dalic is a man of devout faith. According to CNA, he recently spoke on Croatian Catholic radio, saying:

“Everything I have done in my life and in my professional career I owe to my faith, and I am grateful to my Lord,” Dalic said.

“I can be very happy with my life,” Dalic said, adding that “without strong faith and that motivation, it would be very difficult to achieve it.”

“When a man loses any hope, then he must depend on our merciful God and on our faith,” he said. “I always carry a rosary with me” and “when I feel that I am going through a difficult time I put my hand in my pocket, I cling to it and then everything is easier.”

Dalic, who is now married with two kids, spent his career playing soccer on Croatian teams. In 2000, he retired as a player and spent nearly a decade coaching minor Croatian teams. He has also coached teams in Saudi Arabia and the United Arab Emirates.

Dalic was only appointed head coach of the Croatian national team in 2017. After only one year in the position he has coached the team to the Finals of his very first World Cup, leading many to expect great things from his team in the future.