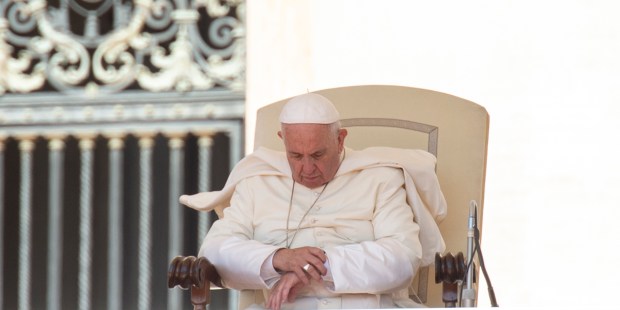 Pope Francis wants to “foster the desired process of healing and reconciliation” with the Indigenous peoples of Canada, according to Archbishop Luigi Bonazzi, Apostolic Nuncio to Canada, as reported in The Globe and Mail on Thursday.

Last May, the Canadian Parliament voted to invite Pope Francis and to urge him to ask for forgiveness, as requested by the Truth and Reconciliation Commission of that country. Thousands of Indigenous children—Native, Inuit and Métis—were abused in these schools, two thirds of which were run by the Catholic Church, between 1880 and 1990.

At a private reception last month in Ottawa, Archbishop Bonazzi denied news reports that Pope Francis did not want to listen to this request.

“I can assure you that Pope Francis is not against a gesture of reconciliation,” he said, “and he is willing to seek together ways that can foster the desired process of healing and reconciliation with and among the Indigenous peoples in this country.”

The Canadian bishops have already started “listening sessions” with representatives of Indigenous communities, the archbishop continued.

The other Christian confessions which ran the schools in Canada—including the Anglicans and Presbyterians—have already apologized, the Globe and Mail indicates. For their part, the Catholic institutions concerned expressed their “regrets” in 1991, as did Pope Benedict XVI in 2009, during a private audience with Indigenous representatives.

But the Catholic Church as a whole at that time did not engage entirely in this process. Only 16 of Canada’s 61 dioceses were involved, as well as some 30 congregations out of more than 100 in the country.