Exclusive Photos: Journey to the incredible Holy Valley of Lebanon

Part 1 – The Monastery of St. Anthony the Great

A river runs deep in the Qadisha Valley (Qadisha meaning “Holy”). Its waters flow from a grotto on the eastern face of Lebanon’s highest peak (Qurnat al Sawda), some 15,000 feet above sea level, winding its way to the shores of Tripoli.

Towering over the grotto soars the Forest of the Cedars of God (Horsh Arz el-Rab), one of the densest remaining cedar forests in Lebanon, and home to some of the oldest living trees on earth (two of which are said to be over 3,000 years old).

The valley’s significance traces back more than four millennia through history, legend and Scripture. It is the place where Phoenicians and Egyptians harvested trees to build their ships around 3,000 B.C., where Noah’s ark is said to have found its final resting place, and where King Solomon acquired the wood to construct the Temple in Jerusalem. These and scores of other epic accounts make the valley a true jewel in the heart of the Middle East.

But it was in the late 6th century that the valley itself became the epicenter of a tale of salvation and deliverance.

Bloody persecutions raged throughout the deserts of what is now Syria, as the Jacobites (not the followers of Scotland’s King James, but Syrian Christians who held that Jesus has only one nature) attempted to purge the Levant of those identifying as Maronite Christians. They were ruthlessly pursued until they found solace in the gentle embrace of the Qadisha Valley. The valley’s treacherous slopes made for an easily defensible position and the plethora of caves that dotted the mountainside made for a secure dwelling place.

As the first Maronite monks settled into the rugged landscape they took on heroic efforts to rebuild their church. The persecutions claimed the lives of the vast majority of their people and it was left to the few remaining to begin again; it would begin by prayer and fasting.

Legend has it that as the sun would rise in the valley its rays would cut through the impenetrable clouds of incense rising skywards from the first cave-churches, echoing the countless prayers rising to the Creator. Born from these prayers was what eventually would be the foundation of the Lebanese Maronite Church, the largest Christian denomination in Lebanon, whose presence continues on right to this very day. The valley is home to over 80 churches, monasteries and chapels and is a well known pilgrimage site.

Over the next few weeks we will take you deep into the Qadisha Valley to discover its hidden world.

Part 1 – The Monastery of St. Anthony of Qozhaya 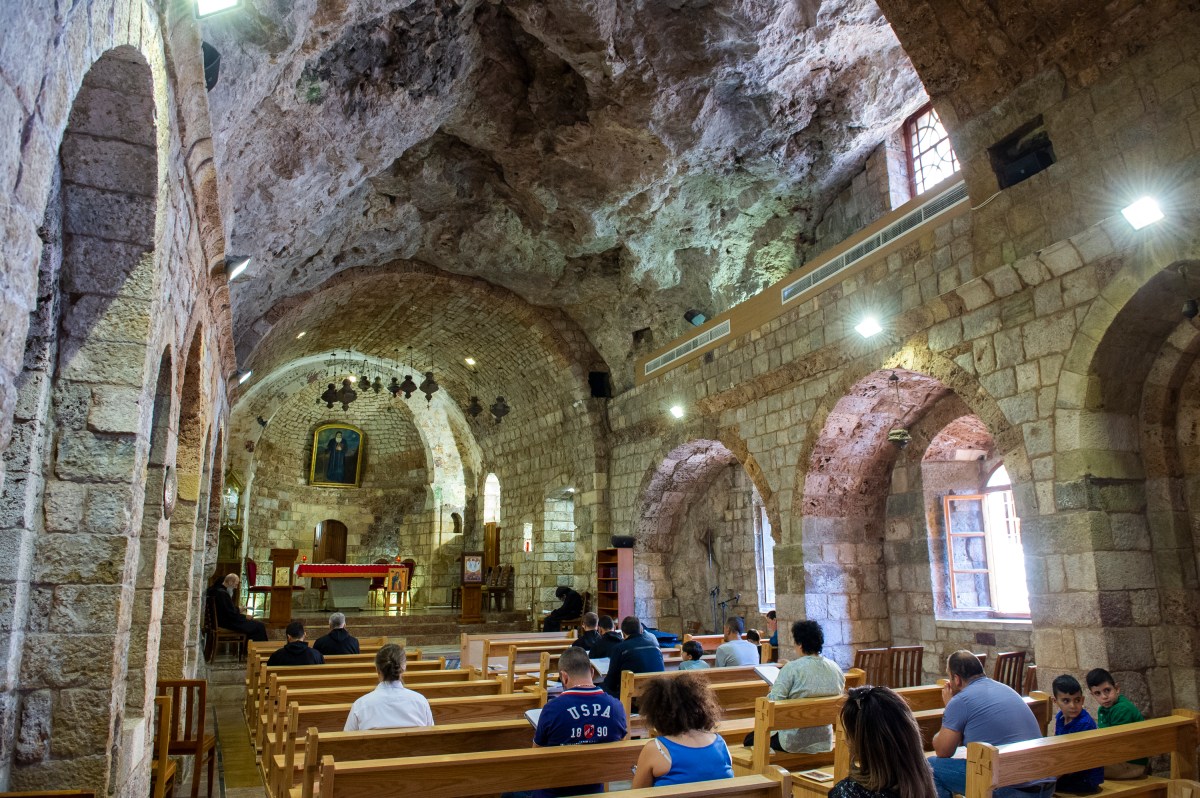 Perhaps the oldest monastery in the valley; the Monastery of St. Anthony of Qozhaya is knitted into the rocky slopes and centered around a large cave. Numerous miracles have been attributed to visiting the cave by those struggling to support their family, those seeking to have children and those stricken with mental illness.

Monasticism is closely linked to the Valley, as it was inhabited by many early Christians seeking the solitude to practice their faith as ascetics or hermits leaving the distractions of the world behind to seek a deeper union with God. To many, St. Anthony of Qozhaya (St. Anthony the Great) is considered the first monk having sought this life for himself. However, word of his sanctity traveled far and wide and he attracted many disciples. As a result, he resorted to organizing them into a worshipful community … the beginnings of one of the first monastic rules. Legend has it that several of his disciples found their way to Qadisha Valley and made their home in one of the caves, a cave that was visited by St. Anthony himself.

The monastery also has the unique distinction of housing the very first printing press in the Middle East, which dates back to around the mid-1500s.

Visiting the monastery is a deeply spiritual experience, as the air seems filled with the prayers of those who passed through its narrow passageways over a thousand years ago. The carvings in the stone walls of the cave link its ancient past to the present. So if you’re seeking a more adventurous pilgrimage destination in a beautiful, natural setting, that is perfect for exploring and contemplation, Qadisha Valley and the Monastery of St. Anthony are a stellar option. For more information visit Qozhaya.Com

Text by Jeffrey Bruno
Photography by Antoine Mekary for Aleteia