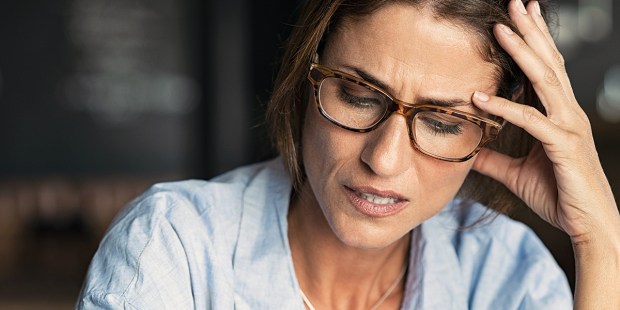 We often don’t even realize what we keep believing about our lives.

It was my last year as a student. I was taking 18 credit hours, running a company, working on campus, interning at the chamber of commerce, and performing other roles. After a 40-day complete fast, I got dressed on Monday morning, took a sip of water, and headed to my 6 a.m. workout, went to class. While listening to the professor, it felt like someone hit me in the head with a brick. I jumped from my seat, ran to the bathroom, and looked in the mirror. My eyes were bloodshot red. With blurred vision, I drove to the clinic, left my car in the street, and ran into the clinic, yelling, “Help! Something is wrong with me,” before passing out.

EMT professionals asked if I had traveled out of the country recently. I shouted, “No!,” and passed out again. I woke up with the doctor telling me I was severely dehydrated and malnourished and one stage away from a heart attack — my body was about to eat my muscles, and I was headed for renal failure. However, instead of taking all that in and caring for myself, I thanked the doctor for the report and immediately made 11 phone calls to cancel meetings and tell people what happened.

I was busy and on my near-death bed but thought my commitments could not wait. There were three lies I told myself that day and ones I am still working hard to overcome.

When I heard my prognosis from the doctor, I wasn’t concerned that I almost died. I was concerned that everything that I hadn’t done that day wasn’t going to get done. That somehow because I was in the hospital, fighting for life, there was no one else capable of filling my role. The lie we often tell ourselves is “if we aren’t there to plan the next event or host the next dance party then no one else will do it.” I’m now combating that lie with this truth. There are billions of people on this planet. Each of us has something to offer. I cannot do everything. I am not God. I am an instrument. I play one part in a large symphony. And I am pretty much always the triangle player in the back. Not the first chair violinist. Once in a while, I get to play the kazoo.

2. I’m going to miss something

As I ran through my list of people to call, it was clear I was doing too much. After every call I made, I kept thinking, “Do I seriously have this much to do?” The unfortunate truth was yes, because I liked to sign up for everything. I wanted to make sure people saw that I was doing something. God forbid I was one of those students who only went college for what it was for: studying and scoring good grades. I learned that it’s okay not be the topic of conversation pertaining to last night’s campus event or a friend’s trip. It is okay to pass on activities in order to tend to my priorities or simply rest. My goal is not to be everywhere for the fear of missing something, but to miss some things in order to be where it counts the most.

3. I have to do everything today

In high school, I had a teacher that started his classes with words of wisdom. One day he said, “Don’t you all know that you don’t have to get married today?” Any normal student would know we don’t have to get married today, and we don’t want to. But, because my classmates had a marriage-obsessed wedding planner in their midst, they responded: “Yes, Nicole, you don’t have to get married today.” I was that high schooler who thought everyone should get married now and I was going to plan their wedding. Whether my enthusiasm stemmed from wanting to be a wedding planner or my deep desire of wanting to be a bride, it was clear that I was marriage-obsessed. Even more concerning was I had to get married now. That same lie sneaked in the day I ended up in the hospital. Everything had to be done that day, that week, that year because if I missed something my life would end. Coincidentally, this lie almost ended my life.

I wonder how many of us tell ourselves these lies every day? If we don’t do something, the whole world will end. If we decide to take that nap instead of attending a social gathering, then we won’t be “in the loop.” If we need to sleep, eat, or call a family member, do it. Life is short. And life is shorter when we tell ourselves that we are too busy to sit down and enjoy it.

Read more:
The difficult art of being present