Everyone needs to listen to this song dedicated to Our Lady 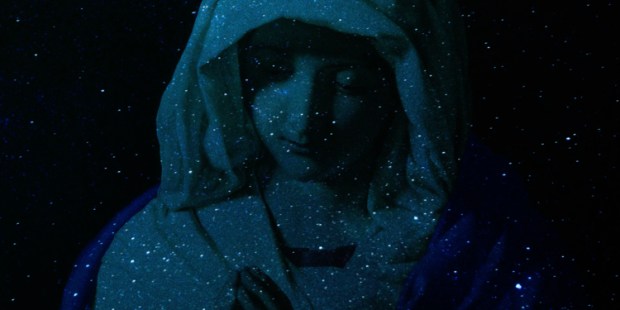 “I want to remind listeners that we all have a spiritual mother,” said The Vigil Project’s John Fynch of their new song “Oh Mother.”

Cecilia music sat down with John Fynch from The Vigil Project to talk about their  new song “Oh Mother.”

CECILIA MUSIC: Dear John, who and/or what is The Vigil Project?

The Vigil Project initially began as a group of friends who all shared the same vision: creating art and giving it as a gift to the Church. We are a collective of musicians, worship leaders, songwriters, filmmakers and creatives but most importantly good friends with a desire to make authentic and prayerful music as an invitation to encounter Jesus. Over the last three years, the project has grown and has been viewed and shared with the Church around the globe. Excitingly, we are now a non-profit organization and have worked hard to write and produce five albums since the project first began, while most recently collaborating with many new artists featured on some of our latest work. We are continuously amazed by the work God is doing within this project and we are excited to be part of what we believe to be a new movement of music in the Church!

What was the inspiration behind “Oh Mother”?

Over the last few years, I was approached by several people asking that I write a song about Mary, the mother of Jesus. It was something I planned to do for a while, but it was confirmed when a woman not too long ago commented on one of my videos asking that I write a song about Our Lady. Greg and I were on a phone call talking about a few upcoming projects we had in the works, which led to the conversation of writing a Marian song. This song in its entirety was written in a posture of prayer, but we were inspired to include an excerpt from John’s Gospel which changes the initial perspective: the demonstration of Jesus emptying himself on the cross and giving his own Mother to the world, to us, as our own mother. The Mother of God is also our mother. She’s the Mother of all, filled with grace and Interceding for each of us. Not only was Jesus making sure his Mother would be cared for after his death; he’s even more so making sure we understand the reality of our relationship with her. He gave up his life on the cross but at the hour of his death gave us his own Mother, and gave us to her.

I had Greg over one afternoon for a writing session and we talked through a couple of ideas that were already in motion. Greg had verse ideas and I was playing a few different progressions and melodies and suddenly there was a shift in the room. You could feel it. We felt an invitation to move beyond our preconceived and devotionally inspired approaches to Mary, and to simply enter into the face-to-face, foundational reality that “I am your son,” and “You are my mother.” We were excited and knew this song was going to be special, because first and foremost, the moment was a special one in our own relationships with our Moms. Crafting a song is a beautiful and unique process and usually looks different every single time. Perhaps you can hear it: in a sense, there are two voices being sung throughout this song. The first voice is our own voice — the sound of our cry and honest petition, “Oh Mother of mine, lead us to your Son.” The second is the voice of Mary singing a lullaby over us — the sweet melodies and expressions of the violin. This song in its entirety is written in a posture of prayer, but we were inspired to include an excerpt from John’s Gospel which changes the initial perspective: the demonstration of Jesus emptying himself on the cross and giving his own Mother to the world, to us, as our own mother.

Were there any challenges or obstacles during the writing process?

I’ll be the first to admit that I often struggle being in relationship with the Blessed Mother, Mary. I forget the significance of her role in my daily life. So much so that I was unsure if I could write this reflection. I felt l could not adequately articulate the message we originally intended to deliver in writing this song … In fact, I gave up twice. But I felt that was only the enemy putting lies and doubt in my mind. I fought it hard. We all have varying experiences in our relationships with our earthly mothers, and similarly, with Mary our spiritual Mother. Who Mary really is and how we relate to her is — even if to a small degree — still to this day a topic of debate within our own Catholic tradition and certainly more so across denominational lines.

What was your relationship like with your own mother growing up?

As a kid, I remember waking up in the morning and the first thing I would do is run to the side of my parents’ bed and lay my head gently on my mom’s chest and sometimes wrap my arm around her. Usually before she woke up. Honestly, I guess that was one of the simple ways I said “I love you, mom” without saying it at all.

What does this song mean to you personally?

This has been an incredibly special song to be a part of. And I don’t say that about every song we write. It’s about more than a devotion, it’s about an eternal, maternal relationship. There is an unexplainable beauty that is personified in the simple nature of this song.

After listening, what do you imagine listeners would take away?

I’m aware we all have very different circumstances and relationships with our moms. Some are great, some estranged, some that were never known, some whole, some broken. But that’s not the focus. I want to remind listeners that we all have a spiritual mother. And she’s interceding for each of us, holding us close by day and by night, and working overtime to get us back to Jesus. The closer we are to Mary, the closer we are to Jesus.

Hometown: We are from all over the United States, and our headquarters are in New Orleans, Louisiana, USA

Current City: Same as above!