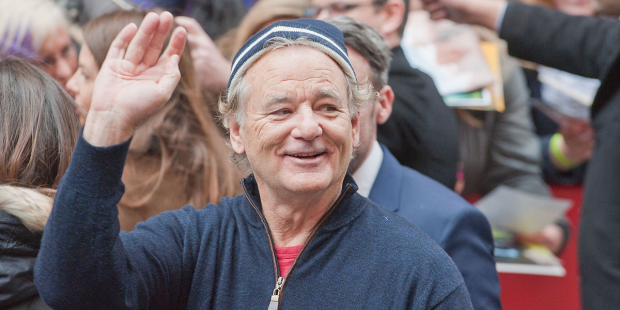 In his later years Murray has taken on the role of a community do-gooder.

Bill Murray may not act much these days, but his off-screen antics have kept him in the public’s eye. The Ghostbusters actor has been known to pop up in the strangest places to do all sorts of things you’d never expect from a successful household name; like dropping in to a stranger’s bachelor party to give a toast or chauffeuring a taxi driver so he can practice the saxophone. The famed actor doesn’t take on many big roles in cinema anymore, but instead he has taken on the part of a community man.

In 2016, shortly after his Chicago Cubs broke a 108-year title drought, Murray was awarded the Mark Twain Prize for American Humor. The event, aired on PBS, featured a variety of guests who told personal stories of Murray. Many guests recounted kooky stories of a similar variety to those listed above, but David Letterman chose a more touching memory.

During Letterman’s time hosting The Late Show, he had Murray on as a guest 44 times. After one such meeting, 16 years ago, Murray asked David of his plans for the weekend, to which Letterman responded that his son was to be christened. Bill quickly congratulated David and extended his well wishes to the entire Letterman family, which seemed to be the end of it.

An hour later, however, a box was delivered to the studio marked “To Letterman, from Murray.” Letterman took the box home to let his wife open it and the two were surprised by a beautiful, hand-sewn christening gown made of Irish linen.

“That Saturday,” Letterman told the gathering, “my son, in Bill Murray’s christening gown, was christened at St. Ignatius in Manhattan. We have this memory, we have this gift, we have this gesture for the rest of our lives.”