More than a quarter of the deaths in Holland are “induced,” report finds 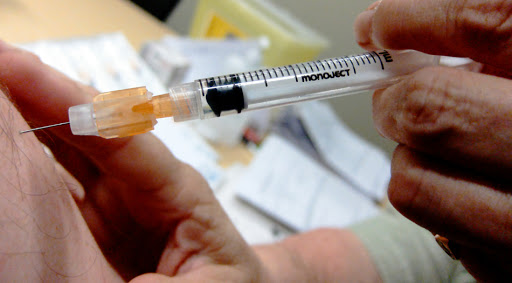 Euthanasia in the Netherlands is on the rise

Fifteen years after the Netherlands decriminalized euthanasia and physician-assisted suicide, more than 25 percent of all deaths in the nation are induced, rather than by illness or other natural causes.

That figure is based on statistics from 2017 and includes almost 6,600 cases of euthanasia; 1,900 suicides and some 32,000 people killed through a practice called palliative sedation, according to an article in the Guardian, https://www.theguardian.com/news/2019/jan/18/death-on-demand-has-euthanasia-gone-too-far-netherlands-assisted-dying

In the article, journalist Christopher de Bellaigue traces the history of euthanasia in the Netherlands from when it was introduced for extreme cases (“unbearable suffering with no prospect of improvement”) to the point where some are advocating for a legal pill that practically anyone can take in case they are tired of living.

“The process of bringing in euthanasia legislation began with a desire to deal with the most heartbreaking cases—really terrible forms of death,” said Theo Boer, who teaches ethics at the Theological University of Kampen. “But there have been important changes in the way the law is applied. We have put in motion something that we have now discovered has more consequences than we ever imagined.”

Boer is a former member of one of the five regional boards that were set up to review every act of euthanasia and hand cases over to prosecutors if irregularities are detected, de Bellaigue explained.

“One of the reasons why euthanasia became more common after 2007 is that the range of conditions considered eligible expanded, while the definition of ‘unbearable suffering’ that is central to the law was also loosened,” wrote de Bellaigue.

Today, euthanasia is counted as a basic health service, covered by the monthly premium that every citizen pays to his or her insurance company, the author said. Physicians can opt out, but an agency known as the Levenseindekliniek, or End of Life Clinic, matches doctors willing to euthanize people with patients seeking an end to their lives. In 2017, the Levenseindekliniek was responsible for the euthanasia of some 750 people.

That same year, de Bellaigue wrote, the Netherlands’ health and justice ministers issued a joint proposal for a “completed life” pill that would give anyone over 70 years of age the right to receive a lethal poison, cutting the doctor out of the equation completely. The proposal was shot down, “but doctors and end-of-life specialists I spoke to expect legislation to introduce such a completed-life bill to come before parliament in due course,” the journalist said.

Commenting on the report, anti-euthanasia activist Wesley J. Smith pointed out that many people are killed in the Netherlands by “terminal sedation,” which he defined as “a slow motion euthanasia wherein patients not in the active stage of dying are put into artificial comas and denied all sustenance until they dehydrate to death.” The practice, he said, shouldn’t be confused with “palliative sedation,” which “eases a dying patient’s symptoms while not intentionally causing death.”

Smith, who is Co-Chairman and Senior Fellow of the Discovery Institute’s Center on Human Exceptionalism, also warned that Dutch law permits organ harvesting to be conjoined with euthanasia.

“Does this mean the Dutch are horrible, ghoulish people? Absolutely not. But they are logical. Once the population widely accepted the premise that killing is an acceptable answer to suffering, the country took that belief precisely where it leads,” Smith opined. “Such horrors will happen here too if we allow ourselves to be similarly seduced by euthanasia consciousness. Those with eyes to see, let them see.”