A careful instruction on how to love: Tune in this Sunday 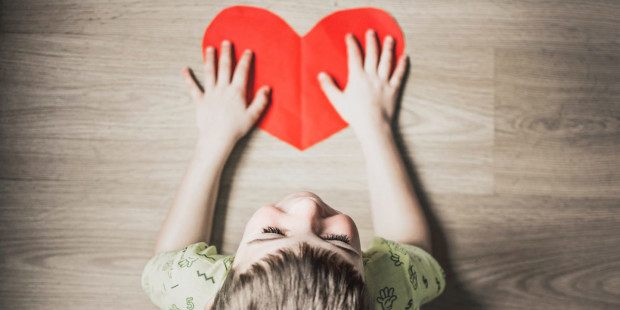 We’re made for this, but need some help figuring it out, and sticking with it.

This Sunday’s Mass, the Fourth Sunday in Ordinary Time Year C, passes on some very good news: Love is all that matters.

But then it explains how hard love is.

For two weeks, we have heard about some strange Christian gifts. It’s enough to give someone an inferiority complex.

“Are all prophets?” St. Paul asked last week. “Do all work mighty deeds? Do all have gifts of healing? Do all speak in tongues? Do all interpret?”

He had listed the same gifts the week before, and those of us who don’t prophesy or speak in tongues much had to wonder: Are we second best?

This week he assures us we are not.

“If there are prophecies, they will be brought to nothing; if tongues, they will cease,” he says. “Faith, hope, love remain, these three; but the greatest of these is love.”

That means that every one of us has the capability of being a great Christian — greater than a miracle worker or our favorite apologist. We just have to love. But how?

First, the readings shows how not to love.

It is amazing how closely St. Paul and the Gospel match up this Sunday, as if one were chosen to explain the other.

In the Gospel, Jesus stands up in his local synagogue and reads a passage about the Messiah from Isaiah then says, “Today, this Scripture passage is fulfilled in your hearing.”

Jesus sees the self-congratulatory pride with which the hometown crowd takes this news, and finds it necessary to tell them that this new Messiah belongs to everyone, not just them.

He knows that they will ask him for miracles, saying, “Do here in your native place the things that we heard were done in Capernaum,” and makes clear that he will do nothing of the kind.

“When the people in the synagogue heard this,” says the Gospel, “they were all filled with fury. They rose up, drove him out of the town,” planning to hurl him off a cliff.

Love “is not jealous … it does not seek its own interests, it is not quick-tempered, it does not brood over injury,” says St. Paul, but the people of Nazareth sure did.

If we think we would never act like that, we need to think again.

We also jealously “seek our own interests” whenever we are disappointed by the accomplishments and good fortune of a loved one or acquaintance, because it makes them look better than us. And we “rejoice over wrongdoing” when we are glad to see them mess something up.

We are also often “quick tempered” or “brood over injuries.” Maybe we are the kind of person people tread carefully around, like a landmine, because they never know what will set us off; or maybe we are the passive-aggressive version —just as bad and possibly worse — pretending everything is fine while we hold a grudge that colors all our interactions, a corrosive and infectious attitude that we try to pass on to others.

Worse, Jesus said “whatever you did for one of these least brothers of mine, you did for me” — so we do this to him.

But the Gospel also gives a positive lesson about love.

Love “is not pompous, it is not inflated, it is not rude,” says St. Paul, and neither is Jesus in the story.

He announces that he is the Messiah in the meekest way possible. He doesn’t levitate in the air and command attention and obedience. He merely walks into his local synagogue and reads a scroll.

Then, when the people respond badly, he doesn’t hold it against them or respond in kind. When they try to throw him off a cliff, he could drive them off the cliff in his place or knock them all down with a wave of his hand. Instead “Jesus passed through the midst of them and went away.”

Read more:
Do you know what ‘meek’ of ‘meek and humble of heart’ really means?

We can do the same.

Instead of being “pompous or inflated,” showing off our superior looks, or intelligence, or wealth, we can do the same. It is always impressive when the conspicuously attractive person reaches out to the least noticed person, or when the super-smart person converses with the slow person, or when the rich person treats the poor person as an equal.

And rather than answering unkindness, we can do what my son says he plans to do. “Roasting” is the current term for verbally mocking someone in a comedic way. When you do it well, it feels really good, and gets applause. But, “Dad, whenever someone roasts me I’m going to think of some way to compliment them,” he told me.

He wants to heal rifts, not widen them.

After all, love is what we were made for.

If all of this seems difficult, we can remember that God, who is love, made us to love. As the first reading puts it, “Before I formed you in the womb I knew you, before you were born I dedicated you.”

He also gives us a lifetime to figure it out. “Love is patient,” even with us. Thank God.