After an abusive marriage, Rose Hawthorne consecrated her life to cancer patients 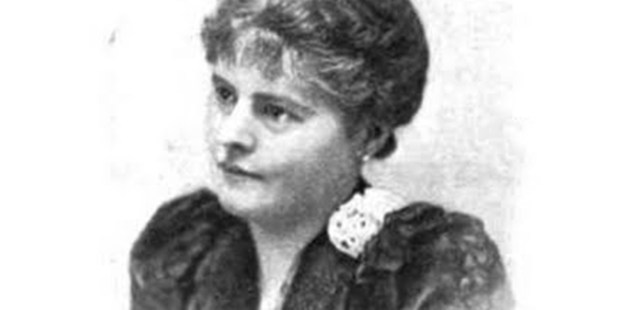 Rose Hawthorne and her husband George Lathrop, Anglicans who converted to Catholicism, suffered painful ordeals from the start of their marriage in 1871. They lost their only son at the age of five, from diphtheria. Overcome with grief, George began to drink, and eventually his alcoholism led him to behave violently. The couple separated a few years later, with the permission of diocesan authorities, and Rose — who also happened to be the youngest daughter of Nathaniel Hawthorne, one of the most famous American authors of the nineteenth century — found herself alone in New York, without a plan for the future. She only knew that she had to devote herself to others if she wanted to overcome her own tragedy.

The day her future was decided

One day, Rose was shocked to learn of the sad fate of a cancer-afflicted and poverty-stricken seamstress, who had been sent to Blackwell Island, a strip of land in the East River in New York where patients without sufficient means to be treated decently were sent. Rose later wrote, describing that moment: “A fire was then lighted in my heart, where it still burns … I set my whole being to endeavor to bring consolation to the cancerous poor.”

In 1896, at the age of 45, she enrolled in a training course at New York Cancer Hospital to become a nurse. She rented an apartment in the most destitute area of the city at the time, the Lower East Side. She wanted to live among the poor, to become like one of them. She took into her care cancer patients rejected from hospitals because they were considered incurable, tending to their needs either at their homes or her own. To the objections of her family and friends, she answered: “The poor, I have learned, accomplish heroic things.”

Seeking help to accomplish her mission, Rose advertised in newspapers, asking for others to join her mission. She wanted to ensure that “the woman who begs for care can be relieved; and that a little sweetness and attention be accorded to her until she dies, she who represents Christ.” An art student, Alice Huber, came to offer her help. She would remain until the end of her life and succeed Rose at the head of the future religious community.

In May 1899, after Rose had been widowed for a year, she bought a house with the financial support of some wealthy New Yorkers. It could accommodate up to 16 sick women. Also at this time, Rose befriended Dominican priest Clement Thuente. It was his idea for Rose and Alice to enter the Dominican third order. They did so on September 14, 1899. Rose then took the name of Sister Mary Alphonsa, and Alice became Sister Mary Rose. One year later, the archbishop gave the two women permission to take the Dominican habit and to found a community. The motto of the Dominican Sisters of Hawthorne, Congregation of Saint Rose of Lima, is “Servants of Relief for Incurable Cancer,” and one of Sr. Mary Alphonsa’s favorite sayings was, “We are for God and for the poor.” The sick flocked to them, and the small community opened a facility at Rosary Hill, in Hawthorne, New York, the current headquarters of the congregation. There, terminal cancer patients learned to love life even as they were leaving it.

Sister Mary Alphonsa died on July 9, 1926. Her process of canonization is in progress. Even today, the care provided in the establishments of the congregation, distributed in three different states, is free. For 30 years, Rose Hawthorne, a servant of people with cancer, reminded the world of the value of all human life, even the most endangered. Her spiritual daughters continue that mission today.

Read more:
Why I find great joy in being a cancer surgeon

Read more:
The heroic air traffic controller who gave his life for others