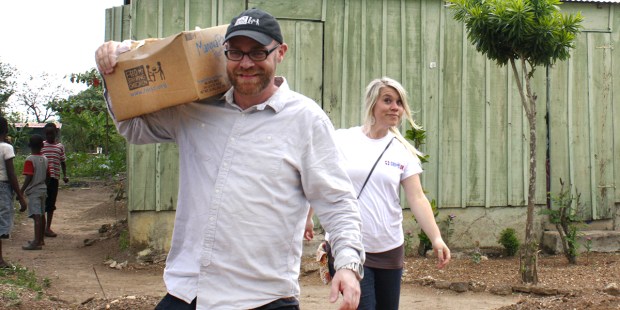 Why not assume things have already hit bottom. And then we have a choice to make, like that of the Disciples.

So, how go your efforts to maintain the status of being “overcome with Paschal joy” (from the Easter prefaces of the Novus Ordo Missae)? But surely Easter can’t mean that we must keep a smile painted on our faces until Pentecost, while ignoring tears shed over massacres of Catholics at Mass and the desecration of churches around the world. Easter joy, the facts of life, and an uncertain future—how can we get them to fit together?

Allow me to borrow a few phrases from pop culture. The iconic scene from the movie The Matrix is the mentor Morpheus speaking to would-be hero Neo: “This is your last chance. After this there is no turning back. You take the blue pill: the story ends, you wake up in your bed and believe whatever you want to believe. You take the red pill: you stay in Wonderland and I show you how deep the rabbit hole goes.” The blue pill represents acquiescing in the normalcy bias of “business-as-usual”; the red pill represents the choice to become and remain disillusioned.

Is acceptance of the Church’s proclamation of Easter and its call to “Paschal joy” a blue pill or a red pill? If the former, then we can go back to our dogmatic slumber, telling ourselves we need do nothing, risk nothing, sacrifice nothing, because God has already won the victory. (This passive quietism bears a striking resemblance to the sin of presumption.)

If the latter, then we have a problem. If we agree with the Church that Christ’s resurrection is the re-defining moment of human history and all of creation, then we surrender the illusions of the sufficiency of this material world, and we set our hearts on higher things. But … right now it looks like the bad guys are winning, and paschal joy seems to have a strong, delusional blue pill flavor. Is there another option?

Well, there is the “black pill”—which results in a resignation bordering on the sin of despair. To take this pill is to surrender to the bleakness, absurdity and irreformability of this present darkness. Taking the black pill is a rejection of Christ Risen.

Some understandably bounce between the sleepy illusion of the blue pill, the painful disillusionment of the red pill, and emptiness of the black pill. Are there alternatives? Some hover between the red and black pill. They can’t quite hold on to illusions; they don’t quite want to despair; they want to ready themselves for the purging that follows being redpilled for the last time. They ask themselves “How bad can it get?” or “How will we know when we’ve hit bottom?”

They try to imagine what will happen “when the unthinkable happens,” or “when that last line in the sand is crossed” or try to prepare for that “Black Swan Event” that will end “life-as-we-know-it.”

I think that there is still one more alternative to consider—one not for the faint-of-heart, nor for the despairing, nor for the lukewarm. Some call it “post-black pill living,” but that sounds like the despairing just waiting for the arrival of the S.M.O.D. (“Sweet Meteor of Death”). Others have called it “the glorious pill.” The glorious pill is a response to Evola’s exhortation: “Let us leave modern men to their ‘truths’ and let us only be concerned about one thing: to keep standing amid a world of ruins.”

In other words, we’ve already hit bottom. Want proof? In America, Congress refuses to require protection of babies who had the temerity to survive their own abortions. In Canada, the government will seize minors if parents refuse to cooperate with their children’s plans to “transition” to another gender. Dr. Anthony Esolen has told me: “We don’t have a culture—we have a sewer. Our first task must be to get out of the sewer.”

My point is this: Absent dramatic evidence to the contrary, let’s assume that civilization has fallen, that Christendom is no more, and that human justice is an illusion. And let’s take that judgment not as a sentence of doom but as an opportunity to rebuild from the ashes that are there for all to see. Let’s have the good sense to follow Cardinal George’s exhortation to “… pick up the shards of a ruined society and slowly help rebuild civilization, as the Church has done so often in human history.”

Disciples of Christ who believed in his resurrection could do that; such faithful disciples would have to. And they would do so knowing that the Risen Christ has not abandoned them, and will bring good out of their suffering. So let’s take the glorious pill—a profession of faith, hope and charity—and let’s get to work.

When I write next, I will continue our reflections on the Easter season. Until then, let’s keep each other in prayer.