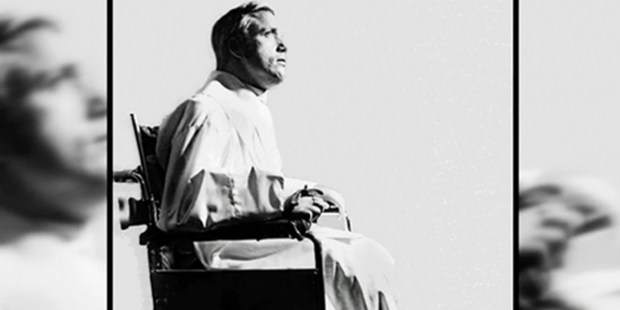 Fr. Bill Atkinson has a cause for canonization underway in Rome.

William Edward Atkinson was born on January 4, 1946,  in the suburban Philadelphia town of Upper Darby, Pennsylvania. He came from a devout Catholic family, and as he grew, he was obviously someone who had focus and direction. Strong in faith, he studied hard and received excellent grades. He was also blessed with outstanding athletic skills and proved to be a very talented baseball player. He volunteered at a nearby home for children with disabilities. All in all, he was the kind of son any parent would be proud of.

Bill had spent his high school years attending Monsignor Bonner High School in Drexel Hill, Pennsylvania. It was during his senior year that he announced his wishes to become an Augustinian friar. He had been taught by them and admired them greatly. After graduating from high school in 1963, he entered the Augustinian Academy on Staten Island as a postulant. He remained there a year and then, on September 9, 1964, he moved to the Good Counsel Novitiate located in New Hamburg, New York.

Father Bill Atkinson, O.S.A., Servant of GodKnights of Columbus, Catholic Man of the…

The young novice was doing fine until he was dealt a heavy blow. It was February 22, 1965, when Bill and other novices were tobogganing down the snow-covered hills surrounding their campus. Bill’s toboggan careened out of control and smashed into a tree. The young man’s spine was shattered. In an instant, the strong, athletic, 19-year-old was paralyzed from the neck down, save some slight movement of his shoulder and arms.

During the time immediately after the accident, things for Bill Atkinson became quite tenuous. His novice master came to him and asked if he wished to profess vows; this was allowed when death was imminent, even for a novice. He accepted the offer. Over the next several days, he stopped breathing several times, developed pneumonia, and had a high fever. Throughout this crucial time, Bill’s parents never left his side.

The other novices began a novena to Blessed John Neumann (today he is St. John Neumann) for Brother Bill’s recovery. Incredibly, on the last day of the novena, his condition stabilized. Doctors were baffled. They never thought Bill would make it.

Bill then began a regimen of intense rehabilitation, which lasted for more than a year. His treatments and physical therapy would continue but he now had developed a renewed sense of purpose. He was determined to remain an Augustinian and continue his studies. He pleaded with his superiors to allow him to stay on his spiritual journey.

His Order accommodated the determined Bill Atkinson and he was sent to St. Mary’s Hall, Villanova University, which was the Province’s Collegiate House of Formation. Here he restarted his novitiate and, on July 20, 1970, he professed simple vows. Bill managed to get through his period of formation because of a group of his fellow Augustinians. These young men continually looked out for him and helped him along the way. He even learned how to use a motorized wheelchair and on July 20, 1973, he was able to profess his solemn vows.

Bill was not finished with his journey. His next goal was the priesthood. John Cardinal Krol of Philadelphia knew of Bill and said that he would be honored to ordain him when Bill and the Province, together, thought he was ready.

Folks from the Theology Department at Villanova University and friars who were on the staff of the Washington Theological Union in Washington, DC, worked with Bill to help him complete his studies. With a special dispensation from Pope Paul VI, Bill Atkinson was ordained by Cardinal Krol to the priesthood on February 2, 1974. The ceremony took place in his hometown parish of St. Alice’s, in Upper Darby, PA. It was almost nine years after his accident. He celebrated his first Mass at the Fieldhouse at Villanova University.

Father Bill was sent back to Monsignor Bonner High School as primarily a theology teacher. He remained there for almost 30 years. Besides teaching, he was the assistant school chaplain, football team moderator, senior class retreat coordinator, and the director of the after-school and Saturday detention program which was known as JUG, meaning Justice Under God. Most importantly, he became a beloved priest, teacher, coach, chaplain, understanding confessor, and friend to many. He also was known for his great sense of humor.

God called his faithful servant, Father Bill Atkinson, on September 15, 2006. He was 60 years old. On November 17, 2015, Archbishop Charles Chaput of Philadelphia presented the Cause for Canonization of Father Bill to the USCCB. The cause was unanimously approved and sent to Rome.

Someone once asked Father Bill, ‘How do you do it?” He said, “Day after day, help of others along the way, valued friends, sisters, brothers, I simply borrowed the strength of others.”

Servant of God, Bill Atkinson, please pray for us.