What God can do with a life: Meet Maria Ascension of the Sacred Heart 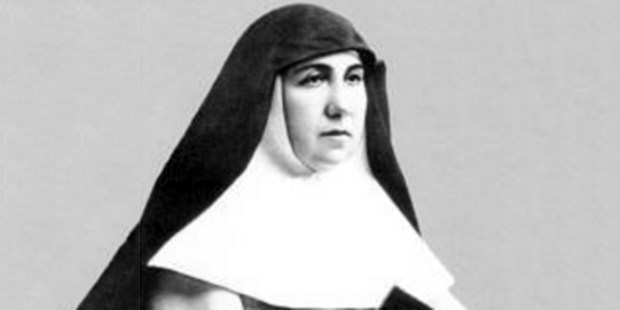 She lost her mom at 4, had to escape Spain’s anti-clericalism, and ended up in the jungles of Peru.

Florentina Nicol y Goni was born on March 14, 1868, in the town of Tafalla, in Navarre province, located in northern Spain near the French border. Her dad, Juan Nicol y Zalduendo, was a shopkeeper specializing in selling and repairing farming equipment. The family’s life changed dramatically when the lady of the house, Agueda, passed away in 1872.

Dad did his best but was having a hard time managing the home and family. When Florentina was 10, her dad’s cousin, a cloistered Carmelite nun, offered to take the two middle girls to educate them at the monastery’s boarding school. Juan was relieved to have such help and readily agreed. The girls would later go on to become Carmelite nuns. Since the oldest daughter had already married, this left Florentina the only child still at home. The housekeeping was left to her.

In December of 1881, Florentina’s dad enrolled her in a boarding school called the Convent of Santa Rosa. Located in Huesca, it was a cloistered community of The Third Order of St. Dominic. The school had a fine reputation and it quickly transformed the thinking of Florentina about the direction her life should take.

Read more:
She’s a Tertiary? He’s an Oblate? What Is That About?

Her father had remarried, and in 1883 he and Florentina’s new stepmother removed her from the school, feeling she had received enough education for a woman. However, Florentina’s vocation had blossomed. She knew for sure what she was called to do with her life. She was 15 years old. Once back home she began praying intently that she might be able to answer the call.

Her father knew his youngest child had her mind made up and in October of 1884, he allowed Florentina to enter the Dominican convent back in Huesca. In 1886 Florentina Nicol y Goni took the religious name of Maria Ascension of the Sacred Heart. She became a teacher at the school she had attended herself and remained in that position for the next 27 years. But change was on the horizon.

In 1913, anti-clerical laws were being enacted in Spain. Consequently, the Spanish government seized the school and expelled the sisters. The sisters were faced with some hard choices: Stay in Spain and be deprived of their religious life, or enter the world of the missionary.

The nuns had learned about different missionary congregations and wrote to the authorities of several ecclesiastical groups asking for permission to join them. One response came back.

Father Ramon Zubleta had just been appointed by the Holy See as the new Apostolic Vicar of a new Vicariate. The location was in the Peruvian forest near the Amazon. Before leaving for Rome, he stopped in Huesca. He asked the sisters if they would consider coming with him to Peru. Among those who volunteered, five were chosen. Mother Maria Ascension of the Sacred Heart was asked to be their leader.

Bishop Zubleta, accompanied by three friars and the five sisters, arrived in Peru on December 13, 1913. They were given housing at the Shrine of Our Lady of Patronage and would spend two years of training to get accustomed to the culture of the indigenous peoples.

In 1915, Mother Ascension and two of the sisters left for the mountain forests. Two stayed behind at the Shrine, which had been left in their care. It took them 24 days to cross the Andes and reach Puerto Maldonado. This place was situated at the end of two rivers, accommodating communications and acting as a supply depot. No one there had ever seen a European woman before. Folks were also quite shocked that the women had made it across the mountains.

Following the leadership of Mother Ascension, the nuns founded a girls’ school and took care of the sick.

The master general of the Dominicans asked Mother Ascension if she could start a new congregation. Along with the local bishop, she created the Dominican Missionary Sisters of the Rosary. Today it has some 785 Sisters serving 21 nations on five continents.

Four of the Order’s sisters are considered martyrs, having died “in odium fidei” (in hatred of the faith) in the Congo in 1964. Their “crime” was refusing to leave patients alone in a hospital.

Mother Maria Ascension of the Sacred Heart died on February 24, 1940. With the authorization of Pope Benedict XVI, she was beatified by Cardinal Jose Saraiva Martins on May 15, 2005, in St. Peter’s Square.

Blessed Maria Ascension of the Sacred Heart, pray for us.

Read more:
Pan-Amazonian bishops’ meeting to consider how Church can be more present