From hating his father to living in God’s love 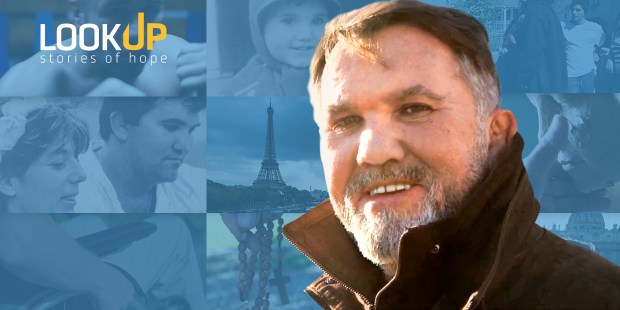 One man’s story of redemption

Abandoned by his mother and beaten by his father, Tim spent time in an orphanage and ended up living on the streets in Paris. “Hate was m y fuel,” he said, and “I only spoke the language of violence.”

Tim’s life seemed destined to be a complete failure, until he met someone who looked at him with love. A judge offered him a shot at redemption, and he didn’t let it slip away.

The true “trigger” that changed his life, however, was meeting people with disabilities. People like Vianney, who tamed his violence, taught him tenderness, and introduced him to Jesus, the “Big Boss.”

When Tim discovered God’s love for him, his life flourished. He was freed from the weight of violence, he forgave himself, and he learned to love. He married Martine, became the father of four children, and even forgave his father. Today, he says, “God didn’t make a mistake. Thanks to the Big Boss of my yesterday and my today.”