Another priest in Poland suffers injuries from attackers 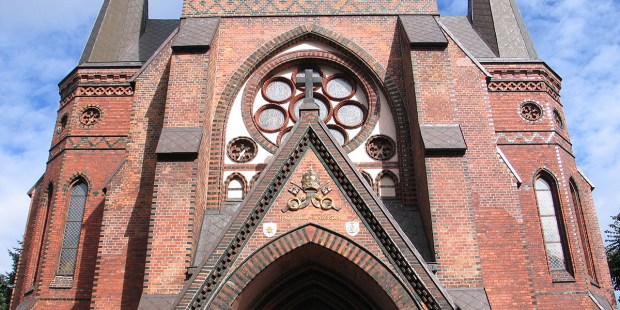 Fr. Ziejewski will need surgery after men assaulted him.

For the second time in less than two months, a Catholic priest in Poland has been attacked at his own church.

Fr. Aleksander Ziejewski, 68, was severely beaten by three men in the sacristy of St. John the Baptist church in Szczecin on Sunday, Catholic News Agency reported.

Fr. Ziejewski was attacked shortly before the 6 p.m. Mass after responding to a call for help from the sacristan. The sacristan told the priest that three men were trying to take a priest’s vestment from the sacristy, claiming they needed it to celebrate Mass. Ziejewski told EWTN Poland that he asked the men to leave, when “one of them got angry, started to blaspheme,” and pushed both the sacristan and the church’s security guard, who was also present. CNA continued:

The same man then beat the priest before all three fled. Ziejewski said he believes the man, when he hit him, used a rosary around his hand in the manner of brass knuckles. The rosary was taken from the sacristy. The priest described his face as “flooded with blood.”

A spokesman for the Archdiocese of Szczecin-Kamień said Monday the priest will need surgery. Local police said that three suspects, ranging in age from 27 to 53 years old, were caught and held for questioning Monday.

This is the second recent attack involving violence against priests in Poland. On June 10, Fr. Ireneusz Bakalarczyk was stabbed while on his way to celebrate Mass at the church of the Blessed Virgin Mary on the Sand in Wrocław. In that incident, a man approached him and started a conversation about the clergy sex abuse scandals before allegedly pulling out a knife and stabbing the priest in the chest and abdomen. Bakalarczyk has recovered after he was hospitalized and underwent surgery for internal injuries in his chest and abdomen.