Northern Ireland seeing an uptick in attacks on churches 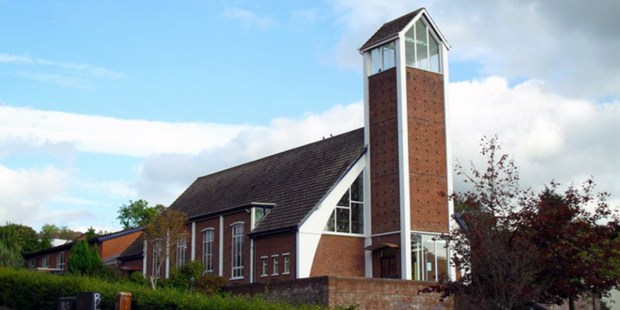 Report says there’s violence against places of worship almost every other day.

It’s been decades since Northern Ireland endured violence between two sides largely aligned along a Catholic-Protestant divide over the question of British rule.

Now, it seems religions across the board—Catholics and Protestants, Jews and Muslims—are suffering violence equally.

A new report says that nearly every other day, there’s an attack on a place of worship in Northern Ireland. Christian Action Research and Education (CARE) says that in the last three years, 445 crimes were recorded as criminal damage to religious buildings, churchyards or cemeteries across Northern Ireland’s 11 policing districts.

“Our research shows that there are crimes being committed against places of worship nearly every other day in Northern Ireland,” said Mark Baillie, the Northern Ireland Policy Officer for CARE, which is a public advocacy charity. “It’s not limited to one location and there are recorded examples in every policing district across the Province.”

The largest number of such crimes appears to be in Belfast City.

“In one particularly shocking example, Saintfield Road Presbyterian Church suffered two arson attacks in July 2016 and it took a full two years for the church building to be repaired,” CARE said. “In another more recent example on Easter Sunday this year, a key date in the Christian calendar, the Sacred Heart Church in Ballyclare was attacked with paint.”

“I can’t understand what goes on in a person’s mind that they want to cause damage to other people and how it can make them feel good. I feel more sorry for them. There is something badly wrong in their lives whenever they do this,” Father Paddy O’Kane told the BBC following the May 24 attack.

The motivations for the attacks were not recorded in the CARE report, Crux observed.

But the damage is not limited to Christians churches. The Belfast Synagogue and Belfast Islamic Center have suffered property damage in the last 10 years as well.

“In a free and democratic society, no one should be afraid of gathering together with those who share their faith in a place of worship,” he said. “These attacks leave religious groups with property damage, potentially large insurance costs and fears of future attacks.”