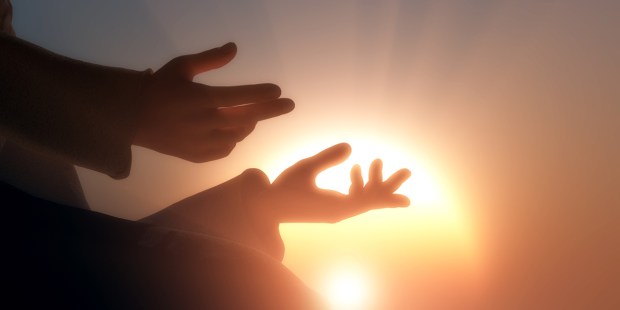 Theologians generally talk about four qualities we can expect when we’ve risen from the dead.

The Nicene Creed ends with the statement, “I believe in the resurrection of the dead, and the life of the world to come.” As Catholics, we affirm that our eternal destiny is not as souls floating in a heavenly ether, but as resurrected beings, with body and soul reunited in a new form of life. But what will that life be like?

The Creed itself does not go into any more detail. Scripture only gives us hints and glimpses. The Prophet Daniel writes that those who rise to everlasting life “will shine like the brightness of the heavens … like the stars for ever and ever” (Daniel 12:3). And St. Paul famously says that eye has not seen and ear has not heard what God has in store (1 Corinthians 2:9).

Read more:
Do we become angels when we die?

The clearest picture we have of what resurrection will be like comes from the “firstfruits” of the resurrection: Jesus himself (1 Corinthians 15:23). It is because of Jesus’ resurrection that we have hope of our own rising to new life. As St. Paul also says, “Christ will reform the body of our lowness, made like to the body of His glory” (Philippians 3:21). What does Jesus’ resurrected body tell us about what our own might be like?

First, Jesus’ resurrected body is not something completely different from his pre-death, pre-resurrection earthly body. It is truly his body, but glorified and transformed. Nothing demonstrates this better than the fact that his body bears the wounds of his Passion and death: the holes in his hand, the wound in his side. Just so, the bodies in which we rise again will truly be our bodies, in a real sense.

Second, because our body will be made “like to the body of His glory,” our resurrected bodies will share the properties of Jesus’ own. Thus, based on Scripture, theologians have traditionally ascribed four aspects to the resurrected body:

Now, other questions arise: Will we eat and drink in our resurrected bodies? As far as we know, the answer is that we won’t need to, but we’ll be able to, as Jesus did. Will our bodies remain at whatever age we were at the point of death? Regardless of how old we were at death, we can ascertain that our bodies will not be those of a child or an old person. Instead, they will be at their natural peak.

Many more questions abound. But while it can be an interesting diversion to speculate on the nature of the resurrected body, it is important to keep in mind the heart and center of the teaching: that our resurrection from the dead will be the final moment for us in our redemption.

Christ became man that man might become like unto him, and thus like unto God. The conquering of sin and death, the perfect union of soul to body, the radiance with which we will shine, all are aspects of the restoration and elevation of our humanity into something more akin to the divine—a bodily participation in the grace of salvation that raises up our human nature beyond itself, into a super-natural destiny.