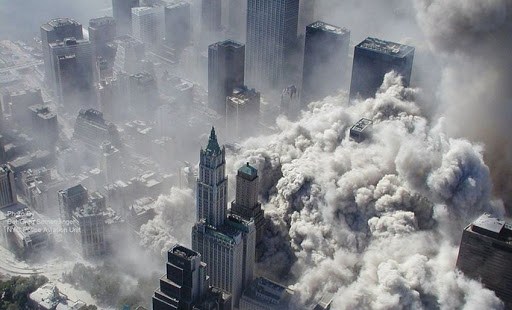 Msgr. Delendick says hardest part was answering families searching for their loved ones.

Of all the memories Msgr. John Delendick has from September 11, 2001, perhaps none stands out as vividly as being handed the helmet of a fellow priest who was killed at the World Trade Center.

That priest, like Msgr. Delendick, was a New York Fire Department chaplain, Fr. Mychal Judge. The Franciscan friar was the first official casualty on 9/11, which occurred 18 years ago today.

“That day, I don’t even know the order of what all happened,” Msgr. Delendick told the Tablet, the newspaper of the Diocese of Brooklyn, New York. “Someone just handed me the helmet and told me he was killed, and they had him laid out in a wake at St. Peter’s Church on Barclay Street,” which is just blocks away from where the North Tower once stood.

On Sept. 11, 2001, a bright, crisp Tuesday morning in New York, with not a cloud in the sky, Msgr. Delendick had just finished celebrating Mass at St. Michael’s Church in the Sunset Park section of Brooklyn, where he was pastor. Hearing the news, he jumped in his car and drove as close as he could get to the Brooklyn-Battery Tunnel, but then, because of the emergency response from all over New York City, he was forced to walk the rest of the way to lower Manhattan.

He remembers running into FDNY colleagues, including first deputy commissioner William Feehan, who was later killed in the collapse. He remembers giving absolution to a cop who ran to him amid a dark cloud of debris and smoke, asking for the sacrament of confession.

Msgr. Delendick, a longtime FDNY chaplain who’s now pastor of St. Jude Church, in Brooklyn’s Canarsie neighborhood, said that the hardest thing about that day “was people asking him if he had seen their friends, fathers, brothers and sons—firefighters and first-responders to the attacks—and not knowing how to respond,” the Tablet said. “It wasn’t until after returning from Ground Zero that Father Delendick and many families would realize that their friends and loved ones had died.”

The priest stayed on the scene, ministering where he could. He got back to his rectory at 2 o’clock the next morning, September 12. It could be said that that’s when his work was about to begin. In the coming months, he would visit Ground Zero often, accompanying families in their search for loved ones. As a fire department chaplain, he would also be called on to celebrate or at least be present for the funerals and memorial Masses of FDNY personnel found in the rubble. The department lost 343 firefighters who were trying to rescue office workers when the towers—first the south and then the north—collapsed.

“It’s just, you get so many of these funerals, and it just gets to you after a while … I love the job, but I also hate it,” Msgr. Delendick told the paper.

Others have died since then from illnesses thought to be directly related to the environmental hazards produced by the towers’ destruction. In a solemn ceremony earlier this month, the fire department added the names of 22 such firefighters and recovery workers to the FDNY World Trade Center Memorial Wall inside its Downtown Brooklyn headquarters.

Fr. Joseph Hoffman, pastor of St. Barbara parish in Brooklyn, who is also a  fire department chaplain, said that working with the FDNY is “like serving another parish,” according to the Tablet. He said he is honored to work with the men and women who serve.

“I ask families to remember that death is never the end—that it is easier in the hands of God, who transforms death into life,” Fr. Hoffman said.