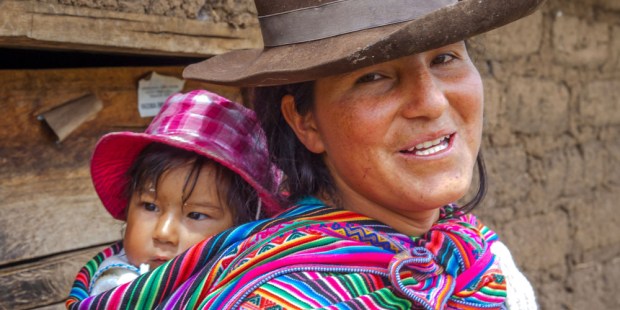 The Andean Parliament has proposed that its members legislate for 24 weeks of paid maternity leave.

Experiencing maternal love in the first months of life has a life-long impact on the psyche and soul of a newborn baby, a topic we’ve talked about more than once at Aleteia.

Various countries in the world have legislated to mandate more or less three months of paid maternity leave, but in recent days a proposal was approved by the Andean Parliament, a deliberative and representational body of the Andean Community (a South American free trade zone), to extend maternity leave to 24 weeks (total, before and after birth) in the Parliament’s member countries, which are Bolivia, Colombia, Ecuador, Perú, and Chile.

The purpose of this proposal is to allow mothers to strengthen the affective bond through breastfeeding and to allow them to be present during this key phase of growth in their children’s life. It also aims to keep pregnant women from losing their jobs during the time they take away from work due to their pregnancy.

This proposal (which as such is not binding on member countries; it needs to be approved by each nation’s legislative bodies) is a positive sign of the recognition of the importance of mothers spending time with their newborn children. Although Chile already has a law on the books granting 24 weeks of maternity leave, this proposal, if approved in all the member states, would mean a leap forward for Bolivia, which currently only grants 8 weeks of leave. Ecuador currently grants 12 weeks; Peru, 14; and Colombia, 18, according to the Peruvian news site El Comercio.

The World Health Organization recommends 16 weeks of paid maternity leave. In the USA, although legislation varies among states, on a federal level the Federal and Medical Leave Act of 1993 grants parents who work at companies with more than 50 employees 12 weeks of unpaid leave for the birth of a child. Other legislation seeks to help ensure that parents get some protection for parental leave, however, the federal law is far behind the Andean Parliament’s proposal for its South American members.

Read more:
How to deal with the anxiety you may feel right before childbirth

Read more:
I’m pregnant … how do I tell my boss?