11 of the most exquisite fountains in Rome

The Eternal city has more than 2,000 fountains, many of them still in use.

At the height of the Roman Empire, the city of Rome became a thriving metropolis that attracted people from all over the world. The protection provided by Caesar’s armies, Rome’s thriving cultural scene, and the opportunity for employment were draws, to be sure, but many people sought to live in Rome for its abundance of clean, easily accessible water. 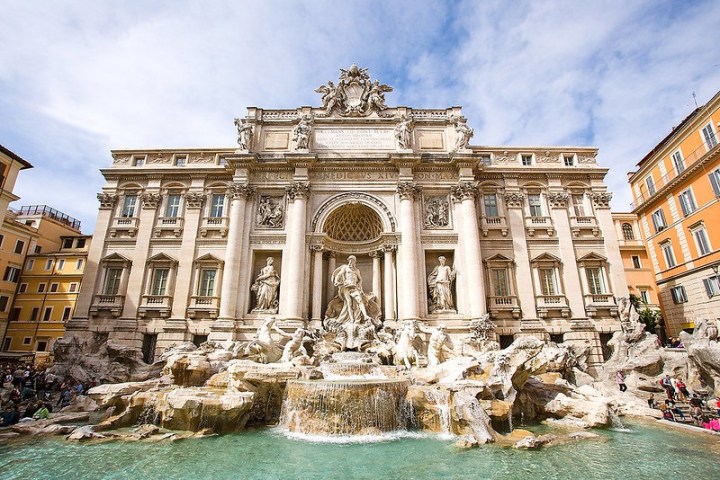 The Romans were master builders and learned to create aqueducts, long artificial channels that carried water from its source to the city. In some instances, these aqueducts stretched for miles to deliver clean stream or river water to Rome.

The aqueducts worked by guiding water down a slight, constant gradient, maintaining a downward slope from the source all the way to the city, allowing gravity to move the water. The Romans didn’t let terrain get in the way of their progress, as they often dug tunnels through hills and mountains to maintain the direct flow of water. These aqueducts were built so well that many of them still stand today, and some of these continue to bring water to the Rome we know.

When the Roman Empire lost its power, the aqueducts slowly fell into disrepair. Then, in the 14th century, Pope Nicholas V decided to revive the aqueduct systems in order to make Rome worthy to be the capital of the Christian world. He hired Leon Battista Alberti to renovate the aqueducts and create some of the most beautiful fountains we enjoy today, such as the Trevi Fountain and those in the Piazza del Popolo and the Piazza Navona.

Today, the beauty of these fountains still draws hundreds of thousands of tourists each year. The fountains are pleasant to look at and they even supply passers-by with some much needed hydration, as they still offer clean, drinkable water.

Take a look at our slideshow to see some of the most beautiful fountains in Rome.