Two of the underlying motives that fueled this determination were the prospect of evangelizing the Far East, and the possibility of acquiring enough wealth to launch a Crusade to retake Jerusalem and the Holy Sepulchre.

The southerly trade winds gently rolled across the island of Hispaniola, calming the warm blue seas as the ships approached the sheltered cove of what is presumed to be Cap-Haitien in modern day Haiti. It was Christmas Eve, 1492.

With darkness falling and the fatigue of two 2½ days sailing weighing heavily upon the crew, watch was posted and the men drifted off into a peaceful slumber, never to realize what fate had in store.

It had been five months since Christopher Columbus, his officers and crew had stepped out of the Chapel Convento de Santa María de la Rábida and hoisted the sails on the Santa Maria, Santa Clara (Pinta) and Niña and set out to sea to embark on a journey that would change the course of history.

Columbus’ love affair with the sea began at the tender age of 10 when he first worked aboard a ship. In decades to follow he crisscrossed the oceans as a shipping agent, often spending more time at sea than on the land. He had an insatiable desire to learn and while he had little by way of formal education, he was an avid reader, immersing himself in books of all subjects but astronomy, geography and history in particular. But the two books that had proved the greatest influence were The Travels of Marco Polo and the Bible.

See some photos from the Columbus Day Parade in NYC today! 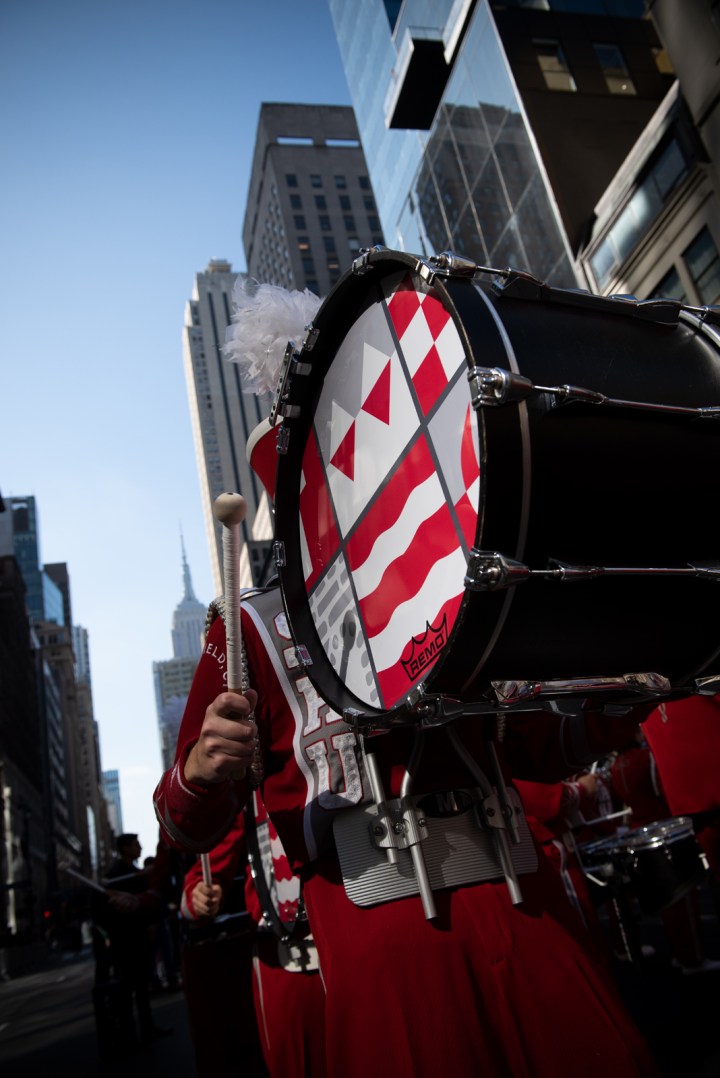 It was in 1474 that a Florentine astronomer named Paolo dal Pozzo Toscanelli sent a map to Columbus with a proposal for sailing east across the ocean to reach Asia. While the notion was stoutly rejected by most everyone, it was the spark that set fire to Columbus’ imagination and what would become an 18-year mission to piece together an expedition and find backing.

Fortunately his unprecedented passion for the mission and iron will steeled him against what would be years of rejection. Nevertheless he persisted, undeterred. Two of the underlying motives that fueled this determination were the prospect of evangelizing the Far East, and the possibility of acquiring enough wealth to launch a Crusade to retake Jerusalem and the Holy Sepulchre. If there is anything to be said about Columbus it’s that he didn’t lack imagination and his aspirations weren’t small.

When he finally received the backing of King Ferdinand and Queen Isabella of Spain, he encountered a new set of challenges. Few sailors were willing to stake their lives on what was perceived as a madman’s folly, and even fewer ship owners were willing to risk their vessels.

It wasn’t until the Pinzon brothers, Martin, Francesco and Vincent, who were relatively famous as sailors, pirates and explorers, agreed to join that things began to take shape. And on August 3, 1492, the three ships passed from the Odiel River to the embrace of the sea of uncertainty.

And after a 10-week-long nearly mutinous journey across the “Ocean Sea,” as it was referred to, they made landfall on October 12, 1492, claiming the first land for Spain, and naming it San Salvador.

The fate of the Santa Maria

At around 2 a.m. Christmas Day, Columbus awoke with a start to the sound of water rushing and screams from the helm. He ran to the deck to find that the watch officer had turned the helm over to a deck boy; an act that was prohibited. The inexperienced lad had allowed the ship to run aground, which fatally opened the seams below the waterline.

Ordering the crew to lay an anchor aft, several of the crew set off on one of the ship’s boats, only to directly disobey the order and make their way to the safety of the Pinta. Fully aware of the implications, Columbus made one last effort to save the ship by cutting the masts away to lighten the ship, but it was in vain. The waters rose higher and higher and the ship that had led one of the most daring expeditions of all time came to rest on the seafloor.

As daylight came and cast its rays on the foundered hull of the once proud ship, Columbus sent a landing party to the island to meet with the King of the Guacanagaríx, the leader of one of the five Tiano tribes that inhabited Hispaniola. The king, who had great affection for Columbus and his men, broke down when he heard the news and sent all his people in large canoes to assist with recovering whatever was lost and help in any manner they could. He offered them houses and food, welcoming them as their own.

“The king and all his people wept. They are a loving people, without covetousness, and fit for anything; and I assure your Highnesses that there is no better land nor people. They love their neighbors as themselves, and their speech is the sweetest and gentlest in the world, and always with a smile.”

In the days that followed, the crew and tribesmen dismantled the Santa Maria bringing her timber to shore. From this a fort was constructed, aptly named “Fort Navidad” since the shipwreck was on Christmas. This was to be the very first colony in the “New World.”

A lot has been said about Christopher Columbus in the past few years and to some, accounts of his governance may cast a shadow on his accomplishments. But between what is known and what will be forever lost in the sands of time stands a man whose life serves as an shining example for those with high aspirations.

The young boy who set sail with dreams of lands unknown set to the symphony of sails buffeted by tradewinds and a ship’s hull cutting through the seas paints a portrait of what the human spirit can achieve when it dares to dream.

“No one should fear to undertake any task in the name of our Savior, if it is just and if the intention is purely for His holy service.” Christopher Columbus