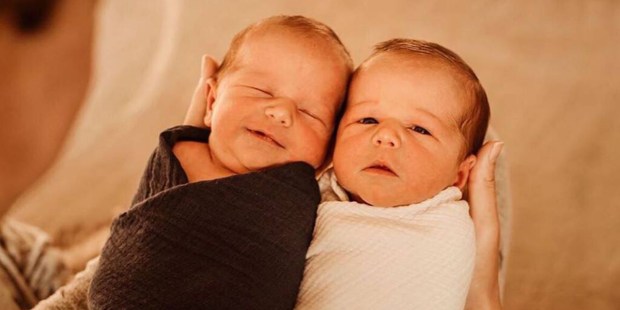 Bode Miller rolled up his sleeves and made sure his sons were safely delivered.

You may know Bode Miller for his sporting prowess on the slopes. But the Olympic gold medalist won a much greater prize recently when he and his mom helped his wife safely deliver their twin boys, as reported in Yahoo Sports.

When Miller’s wife, Morgan Beck Miller, went into labor on November 8, she found herself in a bit of a predicament. Her midwife didn’t make it to the birth on time, so Mrs Miller had to rely on her husband and her mother-in-law, a former midwife, to ensure the babies arrived safely.

For the former professional beach volleyball player and her husband, the happy event comes after a personal tragedy a few years ago when their 19-month-old daughter, Emeline, drowned in a swimming pool. The couple, who already have a four-year-old son Edward, welcomed another son named Easton into the family four months after losing their daughter. However, Mrs Miller believes that “Emmy” had a hand in the birth of her younger brothers when she shared on Instagram, “we knew Emmy had her hands in this miracle somehow.”

✨November 8th✨ A day that couldn’t have been scripted and aligned more perfectly to bring these two into the world. Birth story is mind blowing and can’t wait to share. Insanely overwhelmed and grateful for all these gifts my baby girl keeps sending.

Read more:
The incredible story of a midwife who delivered 3,000 babies in Auschwitz

Read more:
The doctor who hand sews a blanket for every baby he delivers