Lack of faith is killing our communities — and our neighbors 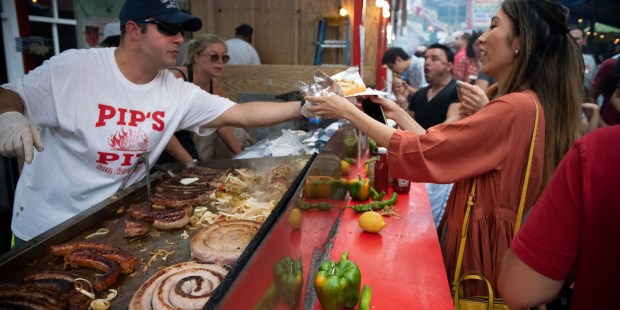 Teaching others about Jesus does more than strengthen the Church. It saves lives.

There is a troubling phenomenon in the world today, significantly noted by Harvard professor Robert D. Putnam in his Bowling Alone.

That problem is social isolation.

Putnam’s book in the year 2000 noted that while more people were bowling than ever before, fewer were joining bowling leagues. Since then, the problem of Americans failing to form communities has worsened — with consequences far worse than the decline of bowling leagues.

Increasingly, the failure to build community is fatal.

Several new books diagnosing America’s cultural decline point to social isolation. In 2018’s Them by Ben Sasse, the U.S. Senator from Nebraska makes a tragic comparison. The 1871 Great Fire in Chicago was devastating, leaving blocks in smoldering ruins. But a 1995 heat wave in Chicago killed twice as many people but got no special moniker.

“The crucial variable,” a researcher discovered, “was social relationships. In neighborhoods that fared well during the heat wave, residents ‘knew who was alone, who was old, and who was sick,’” and took care of them. “By contrast, areas with high death tolls were areas where only ‘the unconnected’ remained. They died alone because they lived alone.”

Timothy Carney, in his book Alienated America, sees an epidemic of the same phenomenon worsening in 2019.

“Life outside the connected bubble we all live in is a tale of real alienation and skyrocketing opioid deaths,” he said. “The collapse of community isn’t just that people don’t have a Memorial Day parade to walk, it’s a collapse of the things that make life bearable.”

Catholic social teaching stresses the need for “intermediate communities” — small organizations that bond people together in a caring community. Political scientists call this “civil society” and social scientists refer to the “social capital” these neighborhood organizations and club give us.

“The two entrances into the crucial networks that provide meaning and support in life are (a) to be part of the elite, and (b) to go to church,” he said. “Either one will do.”

Wealthy communities have a lot of neighborhood organizations that serve their communities, but in middle class and poorer neighborhoods, only going to church conveys these benefits.

“For all the talk about bowling leagues and Kiwanis Clubs and Rotary Clubs in Robert Putnam’s Bowling Alone, the dominant source of civic activity in America is church,” Carney writes. Church-related groups count for nearly half of all Americans’ participation in organizations, personal philanthropy, and volunteering.

Carney cites research showing religious Americans are up to twice as active civically as secular Americans.

“The very same person is more likely to get involved in secular community activities when he or she starts attending church and that dropping out of church usually goes along with dropping out of secular civic activities,” he said.

Religious Americans are also more generous with their money. “The most religious 20% of Americans ‘is more than four times as generous as his or her counterpart in the least religious fifth.’”

The benefits of churchgoing start early, and lengthen life.

Churchgoing kids do better in the measures that predict future success: good relations with their parents and other adults, more friendships with high-performing peers, more involvement in sports and other activities, and less involvement in substance abuse, risky behavior, and delinquency.

He even cites research showing that from 1996-2010, “those who attended any religious service once a week or more were five times less likely to commit suicide.”

This is exactly why one Chinese economist looked at his nation’s war on religion and argued that it was a bad idea.

“Market economies with churches outperform market economies without churches,” Zhao Xiao wrote. “The reason is simple: a people that share a faith, compared to people who only believe in themselves, find it easier to establish mutual trust, and through that to conclude agreements.”

Jesus Christ made the same point more succinctly. “Seek first the kingdom of God and his righteousness, and all these things shall be yours as well,” he said.

All of this gives a new urgency to the need to evangelize.

The best reason to convince people to follow Jesus Christ, and the only one that matters in the end, is that Jesus Christ really is God-made-flesh who came to share his life with us.

But attracting more Christians doesn’t just build up the Church. As it turns out, the culture doesn’t work without religion. People lose hope and purpose in their individual lives, and they lose the ties that bind us to each other.

So, spread the faith. We always knew that souls are at stake. Now we know that lives often are, too.

Read more:
How one village in France is ending loneliness among its seniors

Read more:
Why are Catholics so notoriously bad at fellowship?