Heroes will be home for Christmas, thanks to the Knights of Columbus 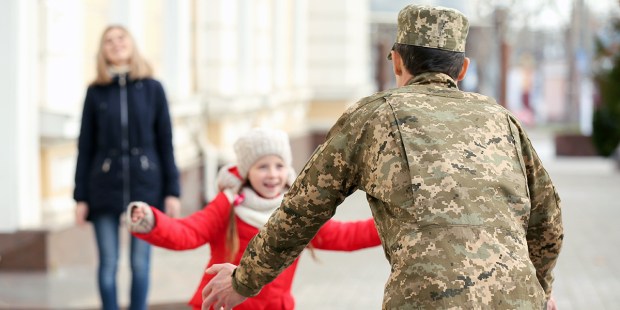 The Knights are providing transportation costs to help servicemen and women go home for Christmas.

Among many behind-the-scenes charitable works of the Knights of Columbus is one that brings military personnel home for Christmas.
Through the Knights’ “Send a Hero Home for the Holidays” program, military service members stationed at bases in New Jersey are provided with round trip transportation costs. This year the Knights of Columbus of New Jersey are providing for 164 service men and women.
Since the program started in 2013, more than 500 active military have been able to travel home for the holidays.
The program is part of the K of C  tradition of serving those who serve. During World War I, the Knights provided troops with recreation huts, and after the war offered education programs and job placement. Today, Knights annually send hundreds of military personnel and their caregivers to Lourdes, France, for rest, prayer, and healing.
K of C councils throughout New Jersey contributed to the program from fundraisers and donations.
Tom Ponting, a member of Lawrence Council 7000, oversees the applications  and hears from grateful military personnel. Last year he received a particularly touching phone call.
The parents of one Marine had been saving all year to be able to afford to bring their son, a 19-year-old Marine, home for Christmas. They purchased a plane ticket for him, but were unaware that their son had applied to the Send a Hero Home for the Holidays program, and that he had asked that the money be sent directly to his parents.
When the father received a check for $850 in the mail, he called Tom Ponting to ask if he was the person who sent the check. When Ponting confirmed, the man broke down in tears.
“He said, ‘You have returned all of that money to us and I can’t tell you how important that is to us, and what a phenomenal Christmas we’re going to have because of your generosity,’” Ponting said.
“He said, ‘He’s our oldest, he’s our firstborn, I know he’s a 19-year-old Marine and technically a man, but he’s still our little boy.’”
The New Jersey Knights say that this kind of work is simply what Knights do.
“It goes back to our first tenet of our Order — charity first of all,” Ponting said. “And as a Fourth Degree Knight it is allowing me to fulfill my patriotic duty.”
Bernie Ernst is the public relations chairman for the New Jersey Knights and a member of St. Maximilian Kolbe Council 10899 in Toms River,  one of the councils that fundraises for the program. He shared that the program dates back to when one of his brother Knights was a boy.
As a child, James Stoever — current State Secretary for the NJ Knights — attended midnight Mass each Christmas near a naval base with his father. After Mass, sailors returned to the base because they could not afford to travel home.
Stoever and his father, retired from the Navy himself — made it an annual tradition to invite sailors to spend the night at their house and celebrate Christmas with presents and dinner. This became the inspiration for the K of C’s’ “Bring a Hero Home for the Holidays” program.