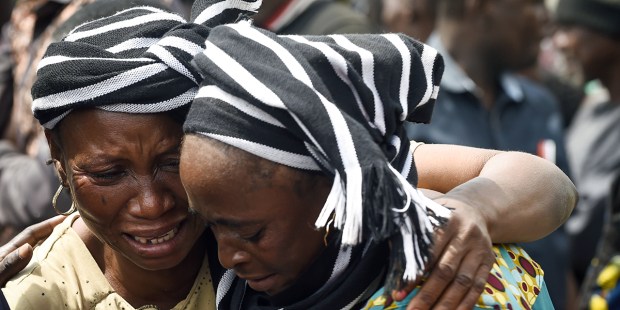 Bishops of the African country invite universal Church to join them in prayer for victims of kidnapping.

Catholics of Nigeria are being asked to dress in black on Ash Wednesday, the first day of the penitential season of Lent, but the reason has more to do with protest than penance.

A Catholic Church official told members of the press that the attire will be meant as a sign of mourning and solidarity with the victims of kidnapping and other violent crimes in Nigeria.

“I have been directed by the Administrative Board of the Catholic Bishops Conference of Nigeria (CBCN) to communicate to you that in the face of the current security situation, the Church needs to speak out in word and action against the level of insecurity in the country,” said Fr. Zacharia Nyantiso Samjumi, Secretary General of the Catholic Secretariat of Nigeria.

In addition, all Sunday evening Masses in Nigerian cities on March 1 will be cancelled, replaced by a “peaceful prayer protest against the incessant killings and insecurity in our country,” the bishops’ conference announced.

The Nigerian bishops invited the entire Catholic Church and all Christians around the world to join them in prayers for the “dead brothers and sisters and for peace and security in Nigeria,” according to Fides, the Information Service of the Pontifical Mission Societies.

“We are sad. We are in sorrow and grief. But we are confident that the light of Christ, which shines in our hearts, will brighten the dark corners of our Nigerian society,” said the bishops. “The level of insecurity in Nigeria today is such that whether at home or on the road, most Nigerians, in all the parts of the country, live in fear. … The repeated barbaric executions of Christians by the Boko Haram insurgents and the incessant cases of kidnapping for ransom linked to the same group and other terrorists have traumatized many citizens.”

Then, just two weeks ago, a priest in Edo was kidnapped, though he was released a few days later.

“Christians must rise up and defend their faith with all the moral weapons they have,” Kukah, the bishop of Sokoto, told the congregation. “We must become more robust in presenting the values of Christianity especially our message of love and non-violence to a violent society. Among the wolves of the world, we must become more politically alert, wise as the serpent and humble as the dove.”