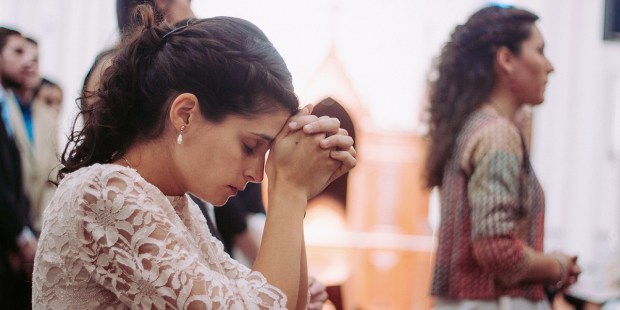 … and why all but one of them are not compelling enough.

The Pew Research Center recently found that the decline of Christianity is continuing at a rapid pace in the United States, especially among young people. Over the past decade, the number of self-identified Christians has fallen from 77% to 65%, while the number of nonreligious adults has risen from 17% to 26%.

But Catholicism has been hit particularly hard by the decline. For every one new convert walking into the Church’s door, 6.5 Catholics are leaving. Only 20% of adults still identify as Catholic, while an earlier study found that 13% are former Catholics. If present trends continue, those two percentages should meet or even switch very soon.

The reasons people are have for leaving the Catholic Church are, of course, multiple and varied. But their reasons all have one thing in common: they outweighed their reasons for staying.

What are those reasons? Here are what I’ve come to think of as five classic “C” reasons Catholics have for staying Catholic. They all represent good and important aspects of Catholic life. But are they good enough reasons, ultimately, to stay?

The first reason is that Catholicism is bound up with your culture—whether that be Irish-Catholic, Polish-Catholic, Mexican-Catholic, etc. Your culture’s saints and hymns are as much a part of the furniture of your mind as its dishes. Church activities overlapped with family, school, and neighborhood gatherings growing up. And while the sacraments approach a mere rite of passage, they are still approached—because that’s “what you do.” Catholicism is the warmth of home, and to break away from it would be to break from your history.

Anyone raised in this way, even to a lesser degree, understands its appeal. But is this still a compelling reason to remain Catholic today—or at least identify as one? As the West becomes increasingly globalized and industrialized, family and neighborhood networks have frayed, and local culture no longer carries the same weight or force it once did. For many young people today, there are no necessary connections between their self-expression, their culture, and their Catholicism—and therefore, nothing to break by breaking away.

Another classic reason is that Catholicism offers community. This could mean connecting with other locals through a young adult group, meeting other families after Mass or through parish functions, serving the local community through volunteer efforts, etc.

The Catholic Church offers these wonderful things, and they play a key role in building and enriching the kingdom of God. But if community is your ultimate aim, countless other local churches and organizations offer them as well—often in more innovative ways. What’s more, the internet has allowed people to break out of their local communities and connect with others around the world based on personal interests and passions. If what you’re really looking for is community, the Church is just one option among many.

A third reason is that Catholicism offers a reliable source of comfort in an uncertain world. Faith life—so often bound up with the support of a culture and community—offers positive psychological benefits, something science and polls have both confirmed. It carries with it pleasures of well-being, familiar experiences, and a sense of security.

Countless people, of course, have leaned on their faith during times of darkness and trial; I wouldn’t want to minimize that for a second. But if comfort is what you’re finally after, why not go to another denomination that offers this to a greater degree? In fact, why not drop faith altogether, and turn to alcohol, food, sex, travel, entertainment—you name it? These comforts don’t simultaneously come with great demands of self-sacrifice and self-control; Christianity does. As C.S. Lewis put it, “If you want a religion to make you feel really comfortable, I certainly don’t recommend Christianity.” In the same vein, Benedict XVI said: “The world offers you comfort. But you were not made for comfort. You were made for greatness.”

A fourth reason is that the Church offers a sure guide for you and your family’s conduct—a “scaffolding” to structure your life, as ex-Catholic Joe Rogan recently put it. The world may be a confusing place, and moral relativism may be spreading like a dictatorship, but Catholic parishes and schools still inculcate traditional values: selflessness, service, discipline. And Catholics have the great relief of the Magisterium, a living teaching authority that offers clear guidelines for what is right and wrong.

This too is indispensable. But as with comfort, if your Catholicism ultimately amounts to a counterbalance to the world’s immorality, you will always get more than you bargained for. The Church doesn’t just promote traditional values; it makes strict demands that, particularly in the sexual arena, increasingly look to the average 21st-century person to be just too different and too difficult. And the Church doesn’t simply enjoin us to be moral; it commands that we relentlessly love—which as Dostoevsky pointed out, can be a “harsh and dreadful thing.” It doesn’t just want good citizens but holy saints.

The fifth “C” reason for staying Catholic is Catholicism itself. The sacraments, saints, liturgy, art, theology, philosophy, history—all of the beauty and goodness and truth draws you in, nourishes you, and sends you back out to the world to proclaim the Good News, even in the midst of what is undoubtedly a dark period for the Church.

And at the center of Catholicism is another “C”: Christ. The Church’s glory is not a function of its frail and fallen members, but of their membership in the glory of the one who commissioned it. The Church, as Paul put it, is the Mystical Body of Christ.

The first four “Cs” are valuable and important indeed; they can even be powerful draws to people on the fence about Catholicism. But on their own—even as a collective—they are simply no longer enough for any one person to lean on. The secularization of society, the rising tide of disaffiliation, and the Church’s own scandals have greatly upped the ante on Catholics still seated at the table. And without that deeper, stronger reason for staying—the fifth “C”—Catholics will almost invariably find more compelling reasons to walk away.

The implications are clear. A Catholic family or parish that is solely or primarily about expressing culture, building community, providing comfort, or guiding conduct is bound to fall short. Instead, a Catholicism oriented around the one thing necessary (Luke 10:42)—the treasures of its birthright and the person of Christ—remains as compelling as ever.

But that doesn’t leave us in an abstract, spiritualized space—far from it. To paraphrase C.S. Lewis, Catholics aiming at Catholicism will get all the other aspects of Catholic life thrown in: a vibrant culture that flowers around the Church’s life; a lively community rooted in its truth; deep consolations poured out from the Sacred Heart of Jesus; and the grace to build our lives around the Fire of his Love. Perhaps we will even get them even in exciting ways we never expected—the sort of unintentional Catholic innovations that shape, rather than simply ape, the wider world.

The great challenge of our age is to risk it.