On the famous Via del Corso, known for being one of the busiest streets for shopping in Rome, is the church of Saint Marcellus, which holds a venerated and miraculous image of Christ crucified.

That image has now been moved to St. Peter’s so that it will be present for the historical Urbi et Orbi blessing that Francis will give on March 27.

The church of Saint Marcellus was first built in the 4th century, sponsored by Pope Marcellus I, who was later persecuted by the Roman emperor Maxentius and condemned to do the heaviest work in the stables of the catabulum (the central state post office) until he died from exhaustion. His remains are kept in the church, which he had sponsored and which was named after his name saint.

The crucifix and the church where it's held 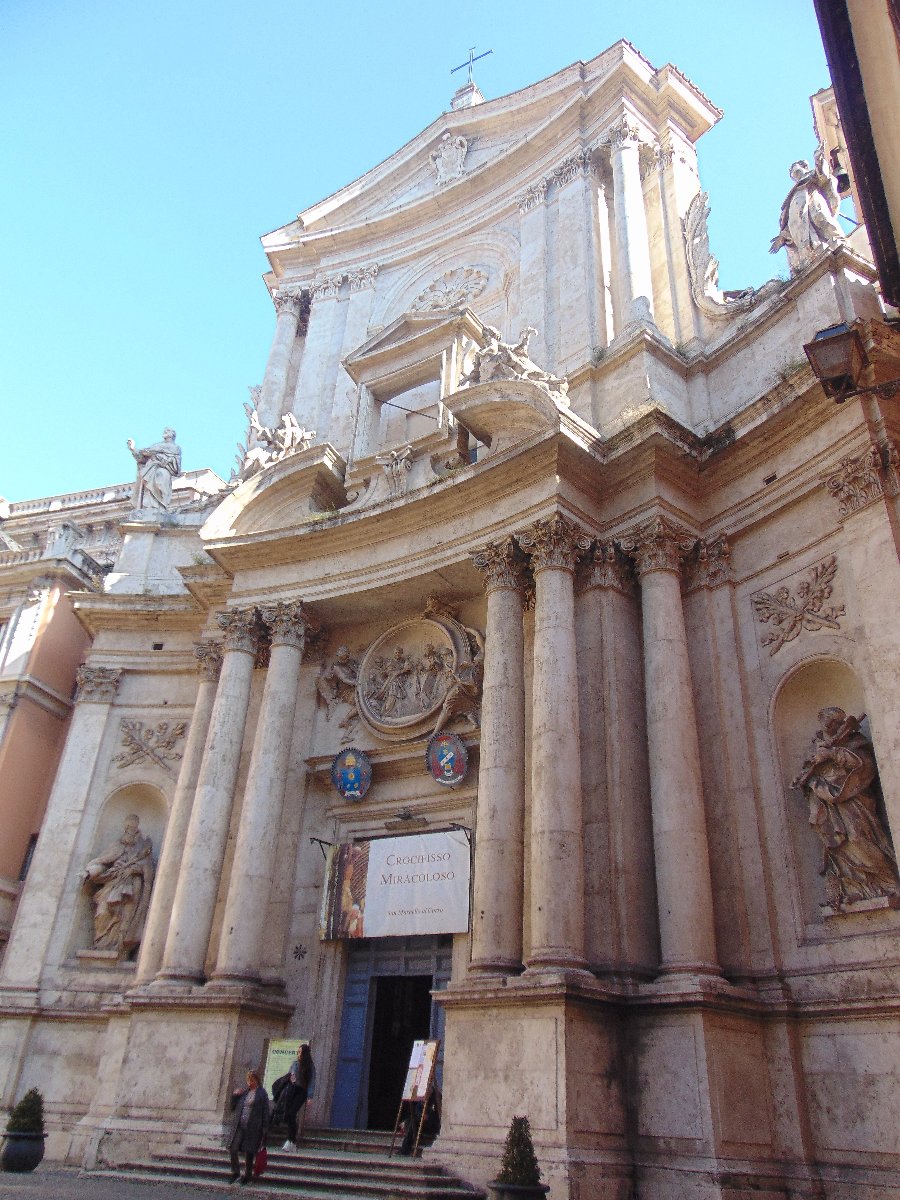 On the night between May 22 and 23, 1519, the church was ravaged by a terrible fire that reduced it completely to ashes. At dawn, the desolated people came to see the tragic scene of still-smoking debris. There, they found the crucifix which had been hanging over the main altar, providentially intact, illuminated by the oil lamp which, though deformed by the flames, still burned at the image’s feet.

They immediately shouted that it was a miracle, and the most devout members of the faithful began to gather every Friday to pray and light lamps at the foot of the wooden image. Thus was born the “Archconfraternity of the Holy Crucifix in Urbe,” which exists even to this day.

However, this was not the only miracle that happened in connection to the crucifix. The next one dates to three years later, in 1522, when a terrible plague struck the city of Rome so severely that it was feared the city would simply cease to exist.

In desperation, the friars of the Servants of Mary decided to carry the crucifix in a penitential procession from the church of St. Marcellus, eventually arriving to St. Peter’s Basilica. The authorities, fearing the risk of contagion, tried to prevent the religious procession, but the people in their collective desperation ignored the prohibition. The image of Our Lord was carried through the streets of the city by popular acclamation.

This procession lasted several days—the time needed for it to be carried throughout the entire area of Rome. When the crucifix returned to its place, the plague stopped completely, and Rome was saved from being exterminated.

Since 1650, the miraculous crucifix has been carried to St. Peter’s Basilica during each holy year.

During Lent of the Great Jubilee of the year 2000, the miraculous crucifix was put on exposition on the Altar of the Confession in St. Peter’s. It was in front of this image that St. John Paul II celebrated the “Day of Pardon”

Pope Francis also prayed before the Holy Crucifix on March 15, 2020, asking for an end to the scourge of the coronavirus that has taken so many lives around the world.

The pope's pilgrimage to the crucifix 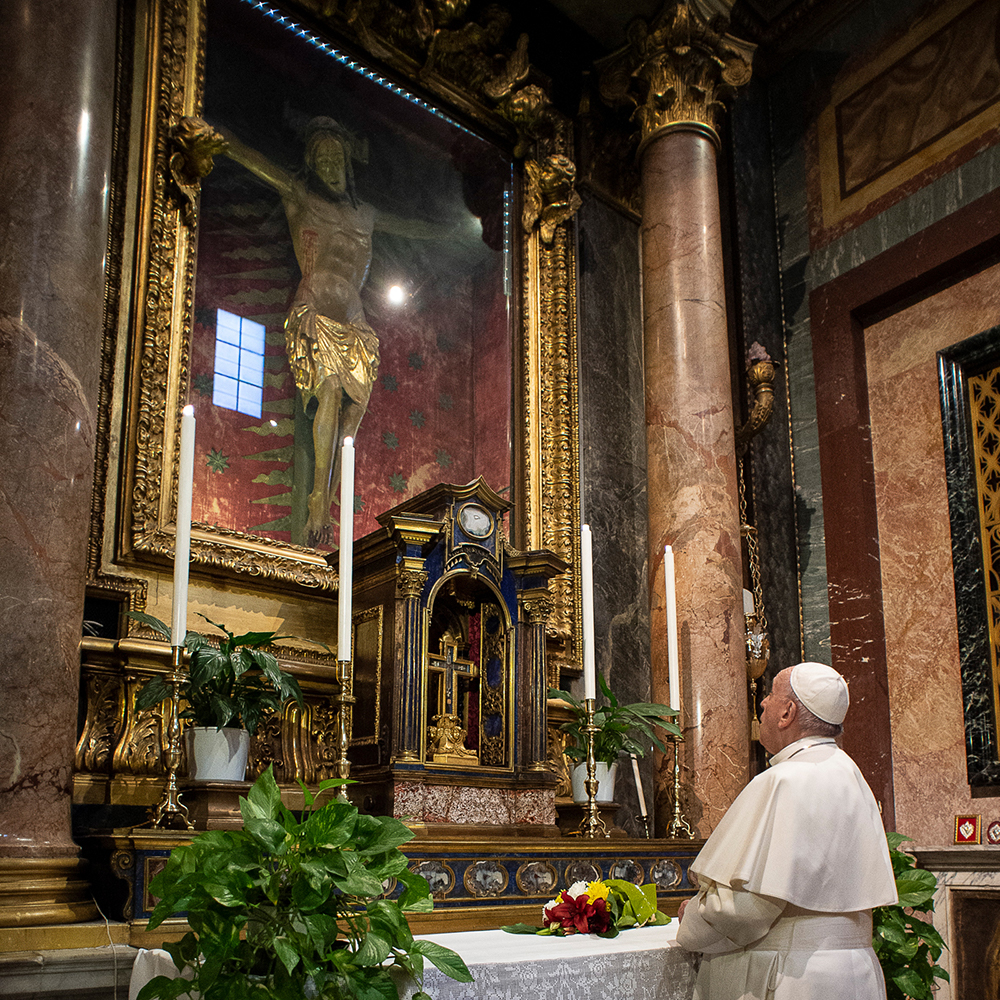