Special Divine Mercy Mass to be broadcast from Baltimore 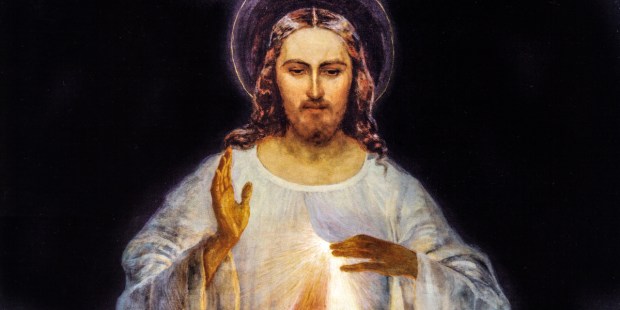 Archbishop Lori to celebrate liturgy in Basilica of the Assumption

The Knights of Columbus will stream a Divine Mercy Sunday Mass and Chaplet April 19 at 2 p.m. EDT from the Basilica of the National Shrine of the Assumption of the Blessed Virgin Mary.

Baltimore Archbishop William E. Lori, who also serves as Knights of Columbus supreme chaplain, will be the principle celebrant.

Co-sponsored by the Saint John Paul II National Shrine in Washington, D.C., it will be streamed on the Knights of Columbus and the shrine’s YouTube channels. Pope John Paul canonized St. Faustina and established Divine Mercy Sunday 20 years ago this month.

The Divine Mercy devotion originated in the 1930s with Sr. Faustina Kowalska, a young Polish nun who received private revelations from Jesus and recorded them in a diary. The messages expressed God’s merciful love for mankind and called for a new feast day, Divine Mercy Sunday, to be celebrated annually on the Sunday after Easter.

In response to COVID-19, the Knights of Columbus established its “Leave No Neighbor Behind” a charitable initiative in the spirit of the Divine Mercy message with Knights organizing local and national support efforts during the quarantine.

Following Mass, Archbishop Lori will pray the Chaplet of Divine Mercy with members of the Sisters of Our Lady of Mercy, St. Faustina’s religious community, who carry out their ministry in the United States in Boston and at the Saint John Paul II National Shrine in Washington.

In addition to being the United States’ oldest cathedral, the Baltimore basilica is the church in which Knights of Columbus founder Father Michael McGivney was ordained a priest.

The Knights of Columbus YouTube Channel (link to: DM playlist) has a series of videos that examine the lives of St. Faustina, St. John Paul II and explore the origin, history and impact of the Divine Mercy revelations.

In her diary, Sr. Faustina recorded Jesus’ request: “My daughter, tell the whole world about my inconceivable mercy. I desire that the Feast of Mercy be a refuge and a shelter for all souls.”

From her diary accounts have come two popular devotions – the Chaplet of Divine Mercy and a novena that concludes the day before Divine Mercy Sunday.