‘The Chosen,’ a crowdfunded series about Jesus, gets go ahead for Season Two 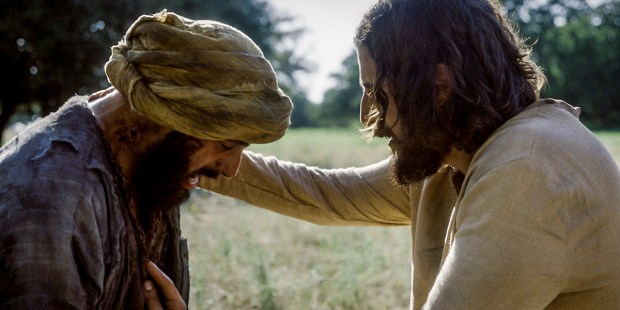 Season One has racked up nearly 50 million views, in more than 180 countries.

The team behind the streaming video series The Chosen, the first multi-season series about the life of Jesus Christ, announced last week that production on Season Two will begin in September.

Read more:
‘The Chosen’s’ Jonathan Roumie reveals what it was like to play Jesus

Directed by Dallas Jenkins and produced by the family-friendly studio VidAngel, the series, which is available to watch for free online on The Chosen mobile app, has been a runaway hit since it was released in 2017. The eight-episode long first season has been logged nearly 50 million views, in more than 180 countries, with audio dubs available in English, Spanish, Portuguese, Russian, Chinese, Arabic, and Hindi.

Read more:
‘The Chosen’s’ Jonathan Roumie reveals what it was like to play Jesus (Part 2)

According to a press release, The Chosen is the top crowdfunded media project in history, having raised $20 million from fans alone, enough to produce a second season.

“Between COVID-19 and the fact that we’re doing this outside the system, it has been a challenge to know exactly how and where we can produce Season Two for the fans. But those are also the reasons we feel such urgency to get the stories of Jesus to the world as soon as possible. Our fans’ generosity is allowing us to overcome these hurdles,” said Jenkins, a self-described Evangelical Christian.

In Season One, the series introduces us to Jesus through the eyes of his followers as they come to know him. According to VidAngel, Season Two will “explore the building of Jesus’ group of disciples and the personal and interpersonal pros and cons of Jesus’ growing notoriety as they take their ministry on the road.”

Viewers can watch The Chosen by downloading the mobile app and streaming it on devices like Roku, Apple TV, Fire TV, and Chromecast. For those who can “pay it forward,” a crowdfunding appeal can be found at here.

Here’s the announcement from Dallas Jenkins about Season Two: