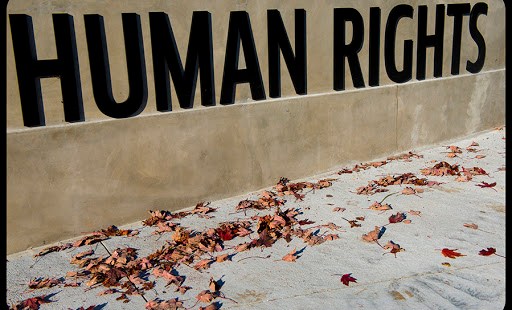 Vatican rejects definition that would include abortion, surrogacy or sterilization.

When the United Nations was founded 75 years ago this fall, its Charter outlined the purposes of the new world body. One of them is “promoting and encouraging respect for human rights and for fundamental freedoms for all without distinction as to race, sex, language, or religion.” A few years later, the UN produced the Universal Declaration of Human Rights, which outlined the “fundamental human rights to be universally protected.”

“Everyone has the right to life, liberty and security of person,” declared the Declaration’s third article.

As delegates gathered this week — in person or through electronic means — for the 75th session of the General Assembly, there is increasing debate about  just what “human rights” should mean, and which “rights” should be universally protected. Some governments and non-governmental organiations have warned of a “redefinition of fundamental human rights” to include access to abortion.

When the UN Working Group on Discrimination Against Women and Girls, for example, recently criticized the United States for “restrictions taken in the context of the COVID-19 pandemic impeding access to abortion services,” the American ambasador to the U.N. in Geneva called the charge “bizarre and inexplicable.”

In Great Britain, the Catholic Union, an organization representing lay Catholics and affiliated with the Bishops’ Conference of England and Wales, recently warned that the concept of human rights is being undermined by politicized uses of the term,” The Tablet reported.

“Influential activists and lobby groups have sought to argue that their policy interests…should be recognized as being fundamental human rights,” the Catholic Union wrote to the ongoing Integrated Review of Security, Defense, Development and Foreign Policy.

This expansion of the meaning of “human rights,” the union added, is “eroding trust in the system and providing a fertile ground for attacks on ‘human rights’ by the media and populist politicians.” In particular, the Catholic Union, chaired by Sir Edward Leigh MP, singled out recent political debates over abortion as examples of this new trend. The group has called on the UK government to adhere to a strict interpretation of “human rights” as pertaining to previously decided “fundamental rights,” essential to human existence.

And at U.N. headquarters in New York, the Permanent Observer Mission of the Holy See to the United Nations protested recent motions that include “reproductive rights” in broader defenses of human rights, the Tablet reported.

“On 11 September, the UN General Assembly in New York endorsed a resolution asking states ‘to take all measures necessary to ensure the right of women and girls to the enjoyment of the highest attainable standard of health, including sexual and reproductive health, and reproductive rights,’” the newspaper said. “The sentence was part of a broader motion on international responses to coronavirus that the Vatican, amongst other groups, was active in lobbying for.” The Tablet continued:

Archbishop Gabriele Caccia, the current Permanent Observer of the Holy See to the United Nations, said: “The Holy See considers it most unfortunate that the adopted resolution includes the deeply concerning and divisive reference to sexual and reproductive health, and reproductive rights.” Whilst Caccia emphasized that the Vatican did not see the term “reproductive health” as intrinsically problematic, he rejected any definition that included “abortion, surrogacy or sterilization” as dimensions of that area of health.

The organization Human Rights Watch called on UN Secretary General Antonio Guterres to condemn various member states for violations of human rights. The group lumped the United States in with Russia, China and Saudi Arabia. Specifically, the U.S. was called out for a Trump Administration initiative to defend human rights.

“The US Commission on Unalienable Rights is a deeply misguided enterprise with the potential to undermine human rights protections that governments find disagreeable,” said Louis Charbonneau, UN director at Human Rights Watch. “The commission promotes the false premise that too many people, particularly lesbian, gay, bisexual, and transgender (LGBT) people and women, are asserting their rights.”

U.S. Secretary of State Michael R. Pompeo said that the purpose of the Commission on Unalienable Rights is to distinguish between unalienable rights, which “are by nature universal,” and ad hoc rights created by “politicians and bureaucrats.”