Virtually pray at San Pietro in Vincoli, a hymn to freedom

The Basilica of San Pietro in Vincoli (St. Peter in Chains) owes its name to the precious relic it holds: the chains (vincula) of St. Peter.

Everything here speaks of liberation. In the vaulted ceiling above the entrance, we read: Dirupisti vincula mea — “You have broken my chains.”

According to tradition, the chains with which the apostle was held prisoner in Jerusalem were given to the Empress of the East, Aelia Eudocia, who in turn gave them to her daughter, Licinia Eudoxia. The young empress gave them to Pope Leo the Great.

The pope placed the chains next to those of St. Peter’s imprisonment in Rome: as soon as they touched, they merged into one continuous chain, which is kept today under the altar. In memory of the miracle, in 442, work began on a basilica which was called for this reason San Pietro in Vincoli, or St. Peter in Chains.

In the crypt are kept the relics of the seven Maccabee brothers, who died for their Jewish faith in the 2nd century BC. Early Christians admired these martyrs of Judaism, considering them precursors of Christian martyrs, and devotion to them spread rapidly.

Finally, there is the “jewel” of this basilica, the statue of the exceptional liberator of the people of Israel: Moses. The statue was sculpted by Michelangelo for the funeral monument of Pope Julius II.

And I tell you, you are Peter,and on this rockI will build my Church,and the gates of Hadeswill not prevail against it.Mt 16:18 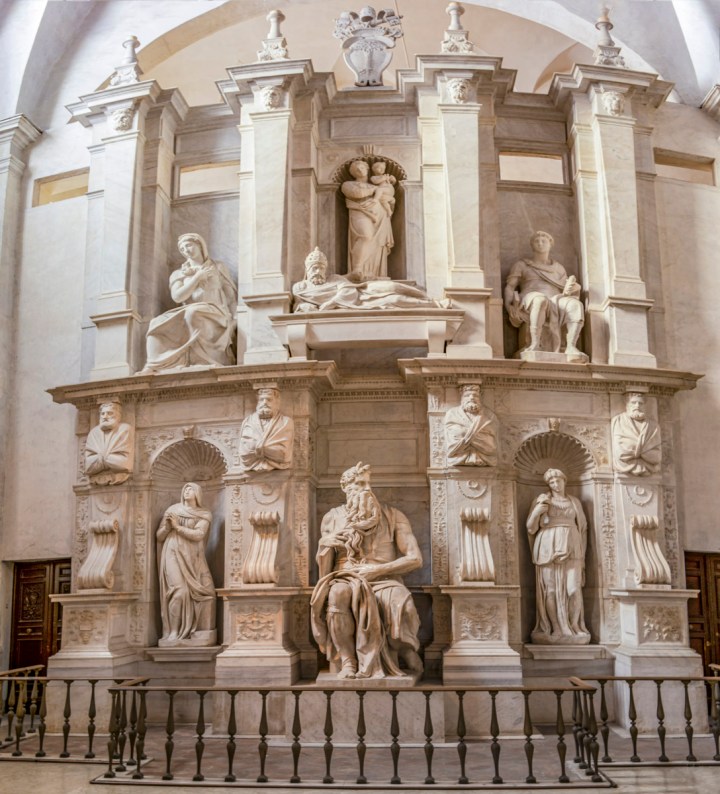