Virtually visit St. Mary in Domnica, the ship and the ark

Station Church Day 12: Here we see an example of a square halo. Do you know what that means?

The Basilica of St. Mary in Domnica is called “alla Navicella” because of an ancient Roman sculpture—now transformed into a fountain—in the shape of a small ship (“navicella” is the Latin diminutive of “navis,” or “ship”) in the plaza in front of the church. It was most likely an ex-voto to the goddess Isis, protector of sailors.

The title “Domnica” is thought to refer to the land on which the church stands: tradition says it was built on the site of the house of St. Cyriaca, whose name means “belonging to the Lord,” and who worked alongside the deacon St. Lawrence. More likely, it was built on lots of imperial land, the “praedia dominica.”

Pope Paschal I gave the church its present appearance in the 9th century. The mosaic in the apse dates back to this period, with Our Lady enthroned at the center of the scene. At her feet is Paschal I, whose square halo indicates that he was alive at the time the work was made.

This church and the restorations of the 16th century are linked to the name of the de’ Medici family, whose coat of arms is at the center of the coffered ceiling. The two largest coffers echo the theme of the ship (or Ark), referring both to the Blessed Virgin Mary, “Ark of the Covenant,” and to the Church, which navigates in the stormy sea of historical events accomplishing its work of universal salvation.

Read more:
Unusual stone discovered near Jerusalem might be connected to the Ark of the Covenant 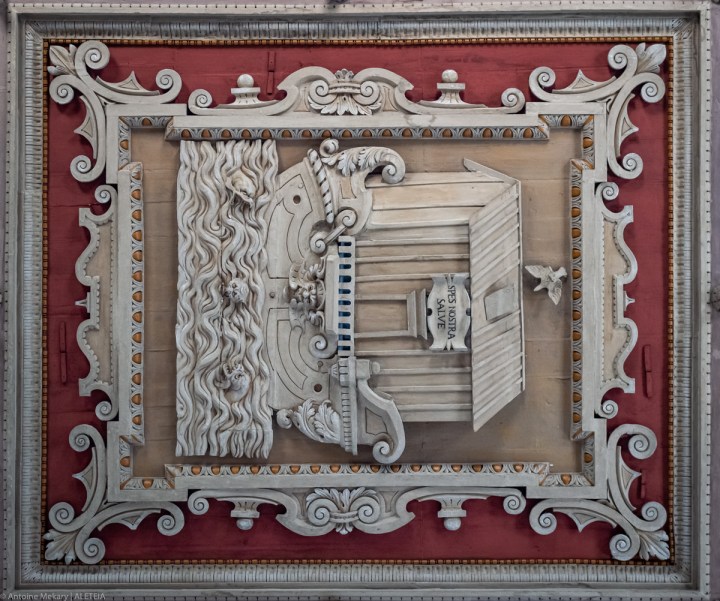