Virtually visit the church of Marcellinus and Peter, martyrs who appeared in a dream

Station Church Day 18: They were killed in a forest so that they would never be found. God saw fit to intervene.

Their persecutors killed them in a place called the “Black Forest,” thinking that it would make every trace of them disappear forever. However, the names Marcellinus and Peter are still alive, and that area near Rome is still called “Selva Candida” (“White Forest”) in their honor.

Pope Damasus handed down the story of their martyrdom, which he had heard from their own executioner, who later converted to Christianity. Later, Pope Vigilius included their names in the Canon of the Mass.

The exorcist Peter and the priest Marcellinus suffered martyrdom in 304. They were tortured, forced to dig their own graves, and then beheaded in the forest.That same night, the two appeared in a dream to the wealthy Roman woman Lucilla and showed her the place of their martyrdom. From here the bodies were taken to the catacombs “Ad Duas Lauros,” outside the city walls.

Today these are called Catacombs of Saints Marcellinus and Peter, although the bodies of the two martyrs have been in Germany since the 9th century.

The church dedicated to Sts. Marcellinus and Peter “inside the walls” of Rome dates back to the 5th century. The two martyrs appear in the fresco on the altar, which dates back to the 18th century when the church was completely rebuilt, and some of their relics are kept here. In their memory, the Saturday station of the second week of Lent is celebrated here. To them we entrust our journey.

We had to celebrate and rejoice,because this brother of yours was deadand has come to life;he was lost and has been found.Lk 15:32 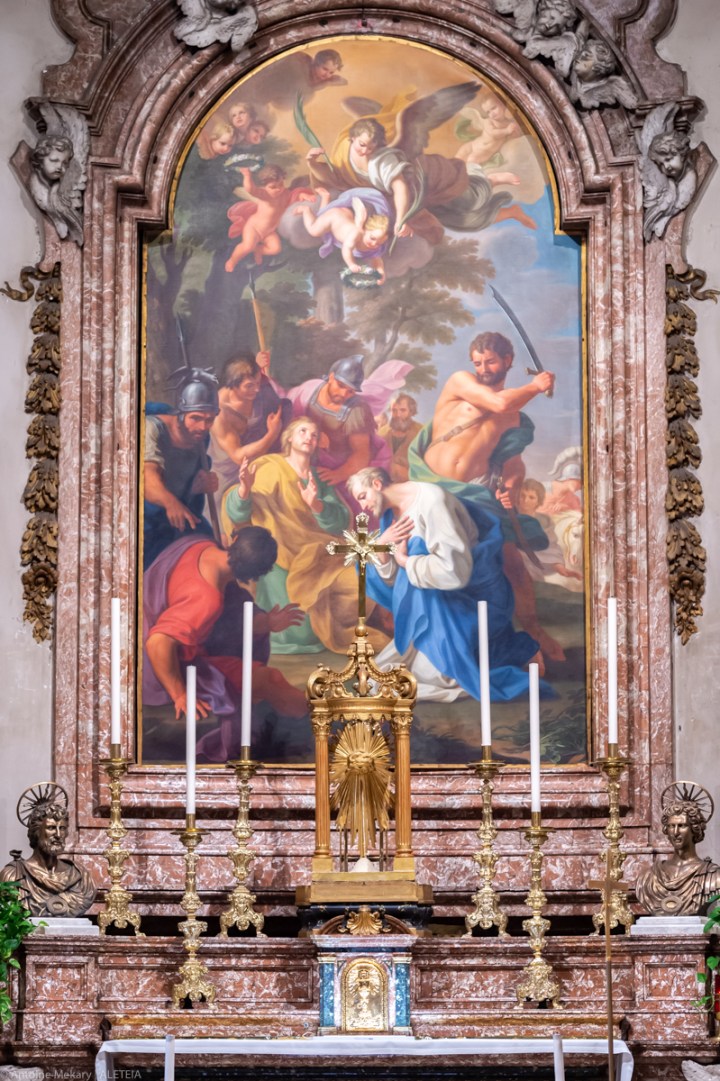