Exclusive photos: Could this be the last March for Life?

After almost 50 years of showing up at the Nation's Capital to show lawmakers and the world their solidarity in defending the unborn, the change pro-lifers prayed for may be finally coming.

March for Life – Washington, DC – January 21, 2022 – For nearly five decades, people from across the nation have gathered in Washington, DC to stand up for the dignity of human life.

They’ve endured the bitter cold. Slept in church basements, school auditoriums, and even in the crypt of the Basilica of the National Shrine of the Immaculate Conception.

While back home they would volunteer in crisis pregnancy centers, advocate for life, and pray outside abortion clinics in the hope that the sanctity of life would be cherished and loved.

And after last year’s cancelled March, countless pro-lifers came back in full force.

View this slideshow of photos of the historic march taken by photojournalist Jeffrey Bruno: 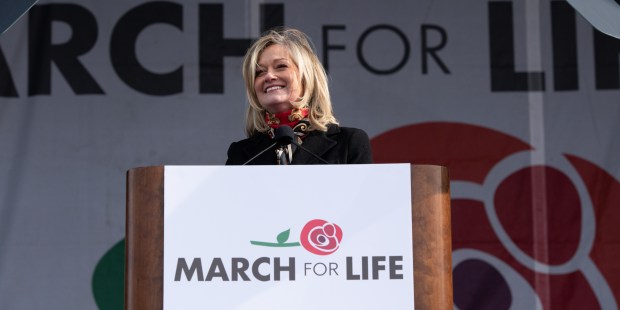 And what a year to show up. After almost 50 years of showing up at the Nation’s Capital to show lawmakers and the world their solidarity in defending the unborn, the change they prayed for may be finally coming.

The Dobbs v. Jackson Health Organization case that is now before the Supreme Court poses the most significant challenge to Roe v. Wade since it was signed into law.

And if Roe v. Wade is overturned, the future will look very different.

Based on the countless signs proclaiming “We are the post-Roe Generation,” there is a strong sense of optimism that change will come.

As the March for Life passed the Supreme Court for the 49th time, the parallel to the story of Jericho and trumpets prayerfully blaring bringing down the walls comes to mind. The prayerful perseverance of the pro-life movement may indeed have the same effect.

But while hopefully this will draw one battle to a close, it sets the stage for the next.

While it may have taken 50 years to make abortion illegal, it will take generations to bring about the nation’s healing.

The 65,000,000 abortions the nation has suffered means that almost every American has been in some way touched by this scourge.

But with prayer, time, and hard work this will be overcome.

“Abortion says that women are too weak to be a mom and have a life; well honey, women ain’t weak!” said one participant.

Will there be a March for Life next year? Only God knows the answer.

In a post-Roe world, the March for Life may become a memory. But the pro-life movement’s unrelenting dedication will continue on forever until the womb is indeed the safest place in the world. And every woman and child receive all the love and support they need to thrive.