Lent and the wonderful lies I tell myself 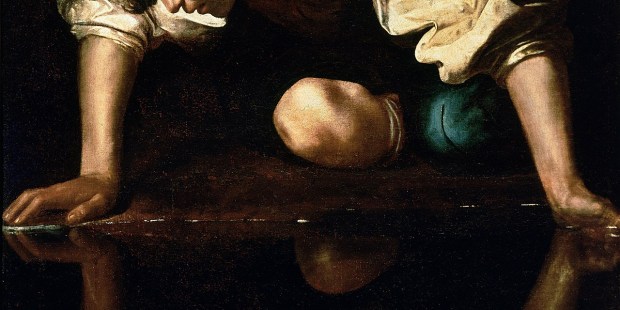 How am I lookin’, I don’t want the truth.
What am I doin’, I ain’t in my youth
I’m past my prime, Or was that just a pose?
It’s a wonderful lie, I still get by on those…

Now you can dress to the eights, you can dress to maim.
It’ll make you feel great, this fortune and fame
Wearing too much makeup, not near enough clothes.
It’s a wonderful lie, I still get by on those.

But let me explain.

Before I became Catholic, my prayers seeking forgiveness were diffuse, vague and grappling for a catch-all blanket of absolution. The less I needed to confront my specific sins, the less painful it was. And the easier it was to continue committing them. To be frank, in a crafty way, I lied not only to myself but to God. Even since becoming Catholic, I found that I am still lousy at fully articulating my shortcomings. But upon going to my First Confession, I encountered the challenging Examination of Conscience. In asking myself hard and pointed questions, I was stunned by my failures and my evasions. But even more, I came to realize that the incredibly tough road of honest confession gave rise to a brilliantly liberating absolution.

G.K. Chesterton astutely made this point in rebutting critics of this deeply humbling sacrament. What is our alternative to confession, to owning our wrongdoing and receiving God’s merciful absolution?

But we choose to live in our morbidity. We actively choose to muck around like pigs in a sty. We lie to ourselves that it is easier, better, less painful to forego confession. Though Christ seemed harsh in chastising the Pharisees, I think he was desperately trying to liberate them from the inky blackness of their sin. Because their hypocrisy is our hypocrisy.

Woe to you, scribes and Pharisees, you hypocrites. You are like whitewashed tombs, which appear beautiful on the outside, but inside are full of dead men’s bones and every kind of filth. Even so, on the outside you appear righteous, but inside you are filled with hypocrisy and evildoing. (Matthew 23:27-28)

Above all, don’t lie to yourself. The man who lies to himself and listens to his own lie comes to such a pass that he cannot distinguish the truth within him, or around him, and so loses all respect for himself and for others. And having no respect he ceases to love…

With all the wonderful lies I tell myself, he could just as well be saying this to me.

Paul Westerberg’s song, if seriously considered, is a lamentation and it finishes with no small amount of sadness born out of his own self-deception.

So don’t pin your hopes or pin your dreams
To misanthropes, guys like me
And the truth is overrated, I suppose
It’s a wonderful lie, I still get by on those.

I like Paul Westerberg and his creative, catchy music. This one mourns and aches.

This Lent let’s try and sing a different tune.