“What do you want to win at?” – Paul Scofield and the art of discerning what matters 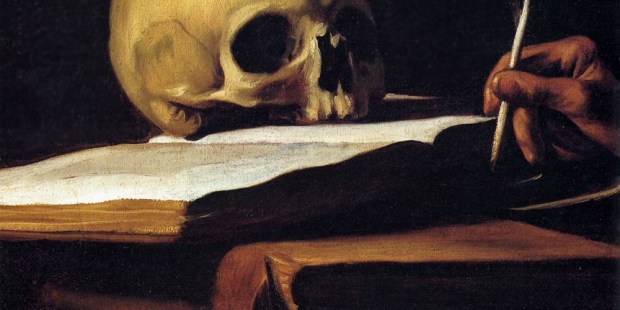 Share
Print
Tod Worner | Jan 04, 2018
Years ago (in a fit of self-improvement), I read M. Scott Peck’s bestselling book, The Road Less Travelled. Clearly, there are better books to read, but I will give Dr. Peck credit for a particular anecdote I have never forgotten. Peck decided that he wanted to spend a little quality time with his teenage daughter by playing a game of chess with her. Though it was a school night, her homework was done and it seemed early enough to slip in a match. After all, both of them enjoy playing and a little friendly competition could, perhaps, be the beginning of a new tradition. The evening started off well enough, but as often happens in chess, the game dragged on. Peck’s daughter, quite finicky about getting to bed early, grew increasingly agitated and lobbied to pause or end the game. By this time, Peck found his strategic juices flowing and was intent, not only on finishing the game, but on winning it. Before long, he became increasingly irritated while she grew even more stressed and the night ended with Peck’s daughter stomping off in tears while he fumed alone at the chessboard. It was then that a certain truth dawned upon him. How had his original goal of spending quality time with his daughter been so terribly derailed? When did his drive for victory overwhelm his desire for fellowship? What was he thinking? His answer?

You have to know what you want to win at.

(I know, I know. A grammatical faux pas ending with a preposition, but bear with me…)

Lately, I have been going down a serious rabbit hole learning about the accomplished actor, Paul Scofield. Scofield is best known for having played St. Thomas More in the 1967 Oscar award-winning film, A Man for All Seasons. He was first and foremost a phenomenal stage actor, especially in Shakespearean plays. At the age of thirteen, Scofield was hooked by his first experience with acting (though as Juliet in Romeo & Juliet). As he matured, his rich baritone voice (“like a Rolls Royce being started,” gushed director Fred Zinnemann) and deeply-lined face rendered him suitable for all variety of roles in increasingly prominent theater troupes. Before long he was working for iconic directors like Barry Jackson and Peter Brook. He was lionized for bringing Hamlet to Moscow in 1955 (the first time Shakespeare had broken into the Communist Soviet Union since before the 1917 Bolshevik Revolution). He was lauded as an heir to the iconic acting legacies of John Gielgud, Ralph Richardson and Laurence Olivier. And not only would Scofield win the Academy Award as Best Actor in A Man for All Seasons, but he would transfix audiences as the original Antonio Salieri in Peter Shaffer’s stage production Amadeus (the very production that became the 1984 Oscar-winning movie). Furthermore, he would play King Lear in Peter Brook’s 1962 play (and 1971 movie) which, to this day, is considered by fellow actors to be the greatest Shakespearean character portrayal in the history of Shakespearean plays. Scofield would read plays on the BBC, act as Professor Mark van Doren in the acclaimed 1994 film, Quiz Show, and even narrated (of course) Winston Churchill’s televised State Funeral in 1965.

But what does Paul Scofield have to do with the insight offered by M. Scott Peck?

Quite simply, Scofield knew what he wanted to win at.

In spite of all of Paul Scofield’s successes, many people are unfamiliar with his name (unlike famous Hollywood Shakespearean actors Richard Burton and Laurence Olivier). That is because Scofield turned down major contracts to work in Hollywood and Broadway. He also disappeared after plays in which he starred and was lauded. The parties, the glamour, the seductions and the temptations all had to carry on without Paul. Why? Because he wanted to catch the train home to see his wife and kids. Though very accomplished, Scofield was modest (not in some false sense, but in a way that allowed him to keep things in perspective). The characterizations of his humility are legion: “A manifestly good man, humane and decent, curiously void of ego,”…”He did not have the fevered ambition of his peers,”…“One wonders why he became an actor. But the fact that he did not commit himself to playing the star – even though he was one – is what made him so fascinating to many of us.”) A story told in his New York Post obituary recalls this,

When the producers of Amadeus in London offered [Paul] a princely sum to play Salieri on Broadway, he gave them what [Director Peter] Shaffer calls “strange evasions.” Finally, in a long letter, Shaffer spelled out the case for coming to New York. Scofield replied with a note: “I know you’ll understand, Peter, but [the Broadway engagement] comes at the time of year I always go up and paint my shutters on the Island of Mull.”

At one point, Scofield declined a major acting opportunity because he was in the middle of training his dog. When eyebrows raised at his demurral, Scofield pressed further that this was a very challenging dog.

Scofield’s successes led him to be offered a knighthood three times. And three times, he would decline. He felt that the title bestowed by his Sovereign would place a sort of public ownership upon him – a bridle Scofield simply refused.

“I decided a long time ago I didn’t want to be a star personality and live my life out in public…I don’t think it’s a good idea to wave personality about like a flag and become labeled.”

He was a devoted husband – married to the same woman for sixty-five years – and a good father to his son and daughter. The obituary from the Guardian observed,

It was theatre’s loss that Scofield performed so infrequently on stage during the last 30 years of his life, but perhaps he would not have been such a great actor if he had had more of a need to perform. For many actors, it is a flaw in their characters or some damage to their personality that makes them actors in the first place. This was patently not the case with Scofield who did not take his acting home with him and clearly found as much contentment with his family and pottering in his Sussex garden in Balcombe as he did playing the great roles.

In 2008, Paul Scofield died at the age of 86. Four years later, his wife, Joy, would die too. But one can almost hear the roaring of the theatergoers fading into the distance only to be replaced by the soothing, steady thump of the train on the track as it might have sounded in Paul Scofield’s ear. Night after night. And one can almost see the private smile spread on his face as he realized where he was headed after a long day’s work. To peace. To contentment. Home.

Scofield once reflected upon what his legacy would be when his career and life were over. Quite simply and profoundly, he said,

If you have a family, that is to be remembered.

Truly, Paul Scofield discerned something about what matters in life.

He knew what he wanted to win at.