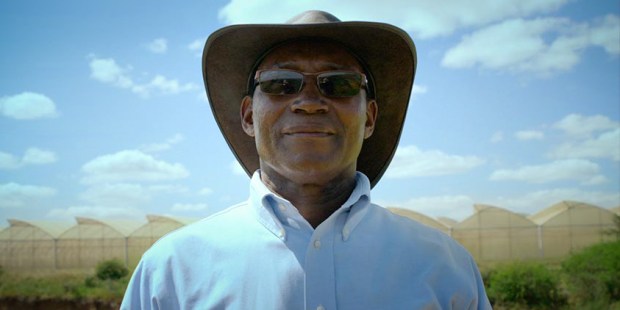 Sterling Light Productions | For Good
Share
Print
Tony Rossi | Sep 28, 2017
It would have been easy for Charles Mully to fall into a life of crime, alcohol, and drugs, just like the other street children and orphans in the slums of Nairobi, Kenya. After all, he woke up one morning when he was only six years old to discover that his mother, father, and siblings had moved away and left him behind. When his only nearby uncle rejected him, he became a homeless beggar and occasional thief for 10 years.

Bitterness at his situation turned into despair in Mully’s heart, so one day he contemplated suicide. A stranger passing by saw he was troubled and invited him to prayer and fellowship. That’s where Mully heard a Christian preacher deliver a sermon about the importance of hard work and faith because nothing is impossible with God.

Suddenly, the young man who couldn’t envision any kind of future for himself felt a seed of hope in his heart. And because he nurtured that seed, more than 10,000 Kenyan orphans were given a chance at life they wouldn’t have otherwise had.

This remarkable story is told in the new documentary “Mully,” executive produced by two-time Christopher Award winner James Moll and directed by Scott Haze. It will be shown in 850 theaters around the U.S. on October 3, 4, and 5, 2017. (Get ticket info here.)

Mully took to heart the words he heard from the preacher, walked to a more prosperous part of the country, and started knocking on doors. A kind (and wealthy) Indian Catholic family living in Kenya took him in and hired him to do work in their house and on their property. Within six months, his work ethic got him promoted to manager.

Life became a great success for Mully from then on. He married a young woman named Esther, with whom he had eight children. And he made sure that they became a close family, always eating dinner together and going on vacations.

Mully also started multiple businesses that turned him into a millionaire. He became known as “The Great Gatsby of Kenya.” But he was also turning money into a god. As Mully says in the film, “The more you get, the more you want.”

The turning point came when Mully’s car was stolen by “Street Boys,” whom he refused to pay to protect his car. After living a life largely insulated from the poverty in which he grew up, he had to take the bus home and finally remembered his own past.

Mully shocked his family during dinner that night when he told them he would never work for money again. Instead, God had told him to sell everything and start helping abandoned children. His eight children were not happy, and Esther was fearful about what would happen to them. But she chose to stand by Mully’s decision and even started caring for the orphans he started bringing home.

As powerful as the film “Mully” is in regard to showing his accomplishments, it is also raw and honest enough to highlight the challenges his big heart posed to his biological children. Now adults, they speak openly in the movie that they felt like their father was choosing the orphans over them.

Isaac, Mully’s biological son who was sent to boarding school with four of his siblings, said, “I felt that he had kicked us out. He had abandoned us so he could spend time with his other kids who did not even belong to him.”

Mully’s local pastor responded to his work in an even worse way. He and the church leaders didn’t want the Street Boys and prostitutes who were now living in the Mully home to attend their church, so they kicked him out.

Through it all, Mully prayed for guidance and came to see himself like Moses, who trusted God to lead him down some mysterious roads. And Mully does establish a “promised land” of sorts that re-integrates his biological children with the thousands of orphans who call him “Daddy Mully.”

Comprised of re-enactments from Mully’s past, along with current video that includes new interviews with Mully and his extended family, this film is a joy to behold because it presents a living testimonial to the power of marriage and family, the wisdom of trusting in God, and the great potential that can flourish in people in the lowliest circumstances when someone loves them enough to serve as a light in their darkness.