Am I my brother’s enabler? 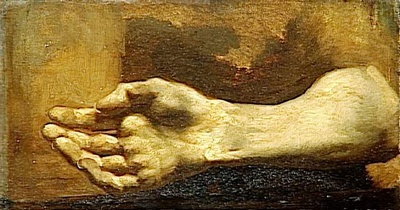 Don’t worry, I’m not going to write about Bruce/Caitlyn Jenner; not really. (The best take I’ve read on that topic is here.)

I do want to talk about a question circling, like a fly around an overripe peach, the topic of Jenner, transsexuals, sex, gender, gender dysphoria, and gender reassignment surgery: the question of whether we ought to call someone “she” just because that someone wants to be called “she,” even if we think that someone is really a he.  It’s the question of how we should respond to someone whom we think is horribly mistaken.

How can we remain loyal to the truth, and to sanity, if we play along with a sick (and dangerously popular) fantasy? It’s not doing the person, or the world in general, any favors to pretend that up is down, so why should we pretend that he is she, just to avoid hurting someone’s feelings?

Well, you could make a good case that it’s just simple courtesy to refer to someone by their chosen name (and accompanying pronoun). How can we extend Christian love to someone while using a name that’s been rejected as foreign and hurtful? How can we have a conversation with someone if we offend them with our opening words?

On the other hand, you could also make a good case that of course it’s acceptable to say “he” of a man who has been surgically, chemically, and cosmetically altered to resemble a woman. Jeering and mockery are out, but many people simply can’t bring themselves to say “she” when that’s no woman. We can remain courteous, and refrain from any obnoxious grandstanding, and still refuse to be dragooned into using the vocabulary that E! Magazine insists we use.

Because I don’t know any trans people, it doesn’t matter much to me. I just say “Jenner” when referring to the trans person in the news, and I could go with either “he” or “she” and still sleep at night.

But here’s where I get hung up. From the camp that insists,”HIS name is BRUCE andHEEEE is a MAN,” I keep hearing that calling Jenner “Caitlyn” is enabling – that saying “she” is making it easier for a wounded, misguided, suffering, probably mentally ill person to persist in a self-immolating delusion. I hear that, by saying “she,” we’re complicit in a sin and a crime, and that we’re actually obligated to refrain from playing along with something so wrong.

“Enabling.” Well, there is such a thing, of course. Enabling is when you offer a shot of whiskey to someone who’s struggling to stop drinking, because hey, it’s his choice. Enabling is when you bail your no-good, DUI, vandal, rapist son out of jail because it might frighten him to spend a night in the tank with actual criminals. Enabling is when you lie to your buddy’s wife to cover up for his infidelity. Enabling is cleaning up the mess, sheltering a sinner from the consequences of his behavior, making it easy for someone to avoid facing the truth of what his life has become.

And yet, lately, everyone with a keyboard and the ability to skim Wikipedia deems himself enough of a expert to dish out therapeutic protocols to everyone who crosses his path. It wouldn’t be good for you, with your complicated spiritual and psychological struggle you’ve been dealing with for decades, and which I have learned about just now via Reddit, to hear me use the pronoun “she.” I’ve never met you and never will, I don’t know anyone like you, and I know nothing about your condition, but I wouldn’t want to enable you, via the precious 450 pixels I could dish out to make up the pronoun “she.”

Fulton Sheen once gave twenty bucks to a beggar on the street. His companion was annoyed, and asked, “How do you know he won’t spend that money on booze? How do you know he really needs it?” Sheen’s response: “I can’t take that chance.”

He wasn’t that man’s therapist. He wasn’t his substance abuse counselor, his confessor, his parole officer, his accountant, or his father. He was simply a stranger on the street, coming into brief contact with someone with an outstretched hand. There are worse things we can do then to enable the Holy Spirit to pass, with simple kindness, between us and a stranger.