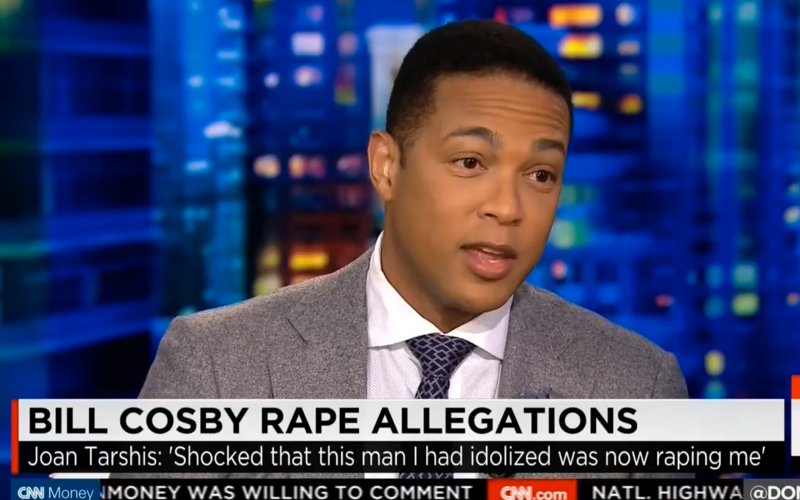 So I very, very reluctantly watched the clip of someone apparently named “Don Lemon” interviewing the woman who says that Bill Cosby raped her when she was 19.

Gawker transcribes the really hair-raising part of the interview, as follows:

Lemon: Can I ask you this? And please, I don’t mean to be crude, OK?

Lemon: You said this last night, that he — you lied to him and said, “I have an infection, and if you rape me, or if you do — if you have intercourse with me, then you will probably get it and give it to your wife.”

Lemon: You said he made you perform oral sex.

Lemon: You — you know, there are ways not to perform oral sex if you didn’t want to do it.

Tarshis: I was kind of stoned at the time, and quite honestly, that didn’t even enter my mind. Now I wish it would have.

Lemon: Right. Meaning the using of the teeth, right?

Tarshis: Yes…I didn’t even think of it.

I know I’m supposed to be horrified at the idea that everyone is still, still focusing on telling women that they should have done a better job of defending themselves.

I’m supposed to be horrified that that message far outpaces the tremendously useful message that men who hear another man talking about rape, joking about rape, or doing something that seems even a little rapey should beat the shit out of that other man.

But the thing that got me was . . . this is CNN? We’re now talking about biting penises on CNN?