I refuse to worry about what my kids eat for dinner. 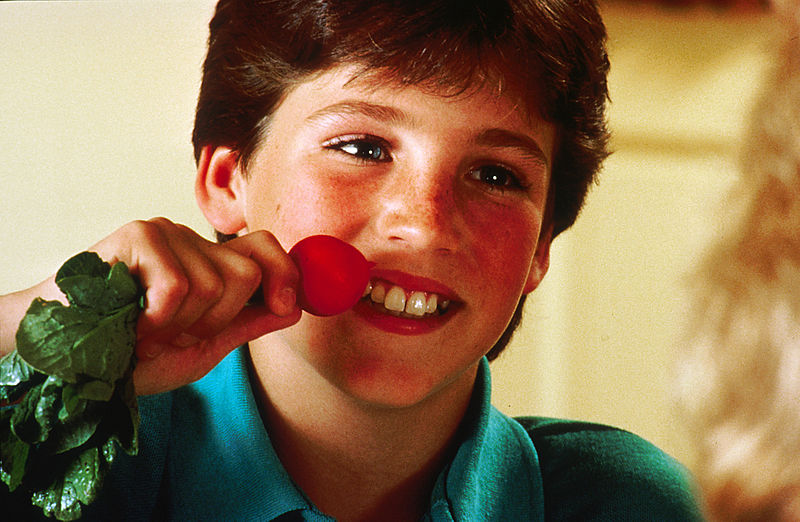 If you were a better mom, this would be your kid.

Today, I’m making Zuppa Toscana. When I share recipes I’m trying, people often ask, “Will your kids really eat that?” The answer is: some of them, yeah. Some of them, no way. A few of them, maybe. And I am fine with that. I have two goals when I serve a meal: at least half the family should eat it, and mealtimes should be reasonably pleasant.

My policy is: I decide what to cook, and they decide whether or not to eat it.

We don’t have food battles (or food cold wars). We don’t save plates of untasted food and keep serving them, meal after meal, until the child consents to take just one bite. I know that other parents have done some variation of this, in hopes that a child will eventually begin to develop a taste for some nutritious or delicious food. But I’ve found that learning to eat new foods is a lot like learning to read or learning to use the toilet: you can either teach the kid when he’s ready, or you can teach and teach and teach and teach a kid until he’s ready — but either way, it ain’t gonna happen if he’s not ready.

I guess it’s possible that an especially serene parent would be able to patiently, consistently insist that a child try some despised food ten thousand times; but I do not possess that serenity, and things would get ugly fast. I’m already warping my kids enough over other issues. I don’t need to add “But WHY don’t you like kale?” to the list. The table is no place for guilt trips or power struggles.

So, I bring a dish to the table, and I ask each kid individually if he wants some. They have to say either “yes, please” or “no, thank you” — no retching noises or horrible faces allowed. If they want it, great. If they don’t want it, I just move along. With this approach, and with the passive peer pressure of older kids visibly enjoying different foods, I’ve had kids refuse a dish fifty times, and then gradually develop a taste for it, with no prodding or nagging from me.

If they don’t want what I’m serving, they are allowed to fill up on side dishes or fix themselves toast, eggs, a sandwich, cereal, or leftovers.  A child as young as four or five can get himself a simple meal.

Wait, wait! Don’t I want them to be healthy? And don’t I want to avoid wasting time and money on cooking foods that no one will eat?  Sure. This is why I aim for meals that at least some of them will eat. But I don’t worry about each kid having a balanced meal three times a day. I don’t even worry about having a balanced diet each day. I take the week-long view: as long as they have a reasonably nourishing, balanced diet over the course of the week, that is good enough.

And sometimes kids will just eat one food for a long, long time. This is common, and it is fine. Just keep offering a variety of foods and not making a big deal out of it. Give your kids daily vitamins to make up whatever deficits are in their diet, and don’t keep a lot of complete crap in the house for them to fill up on.  They will survive, and there will be peace in your house. As long as your kids have energy and are growing normally, there is nothing to worry about.

There is (probably) something beyond picky eating called Selective Eating Disorder, where adults not only won’t but can’t get themselves to eat more than a few, bland, nutritionally questionable foods; but I’m 99% sure your kid is not developing this disorder. Keep this in mind: the eating disorder researcher in the article says “Kids are at greater risk of becoming picky adults ‘anytime the food environment is coercive or tense.’” So avoiding that situation should be your first focus if your child is a picky eater.

To sum up: offer variety. Don’t cater to them too much. Don’t make a big stinking deal out of it. Take the nutritional long view. And if they don’t like the tasty soup you made? More for you!