Oh dear, here is the story.  No, we’re not going to have two dogs.  Poor dear Shane of happy memory had a glorious but short life with us.  Here is what happened:  A couple of weeks ago, it was snowing, which always made Shane go completely bonkers with glee.  Someone opened the door, he shot past them, got hysterical because of the snow, and ran right out into the road.

It only took one car. He was hit hard.  Many broken bones, many internal injuries.  They carried him inside and called the vet, but you could see that there was no hope.  My husband and older son stayed with him and said good bye and thank you for being a good dog, and they put the poor boy to sleep.

Shane was a good dog. He was not smart.  He learned almost nothing beyond the basics.  But he loved the kids with all his doggy heart.  When he was just a baby, we took him to the beach.  One of the kids put Benny in a floating tube.  Shane was terrified of water — didn’t even want to get his paws damp — but when he saw what he thought was his baby floating away, in he went. (Of course he ended up tipping her over and getting everyone soaked, but he meant well.)  Here is Shane at the beach when he was just little: 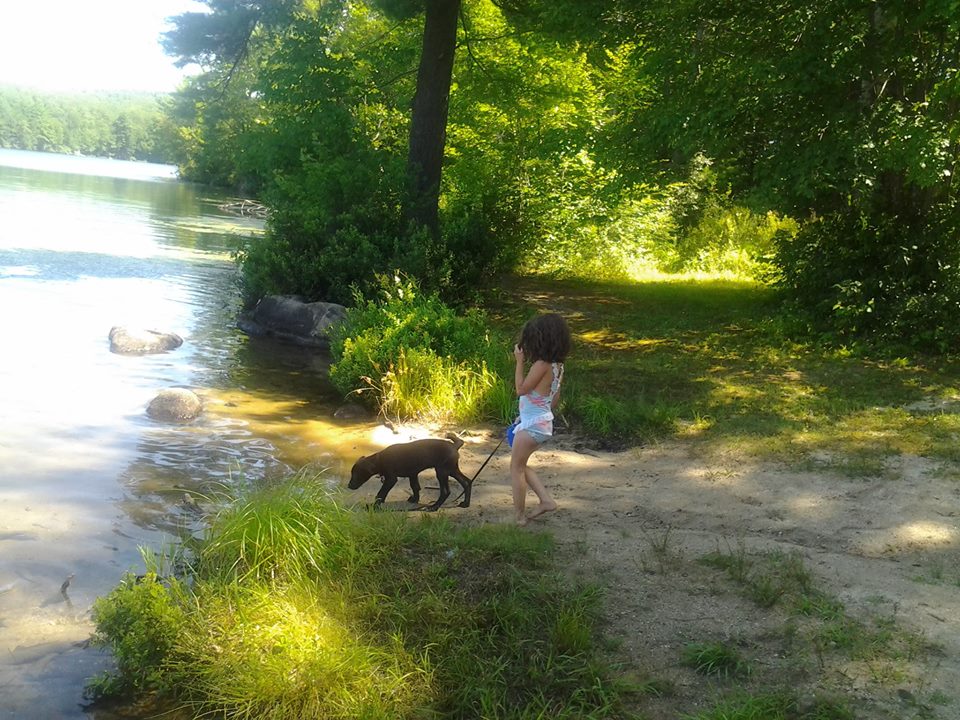 and here is Shane having a wonderful day afternoon in a safe spot out in the woods, off the leash: 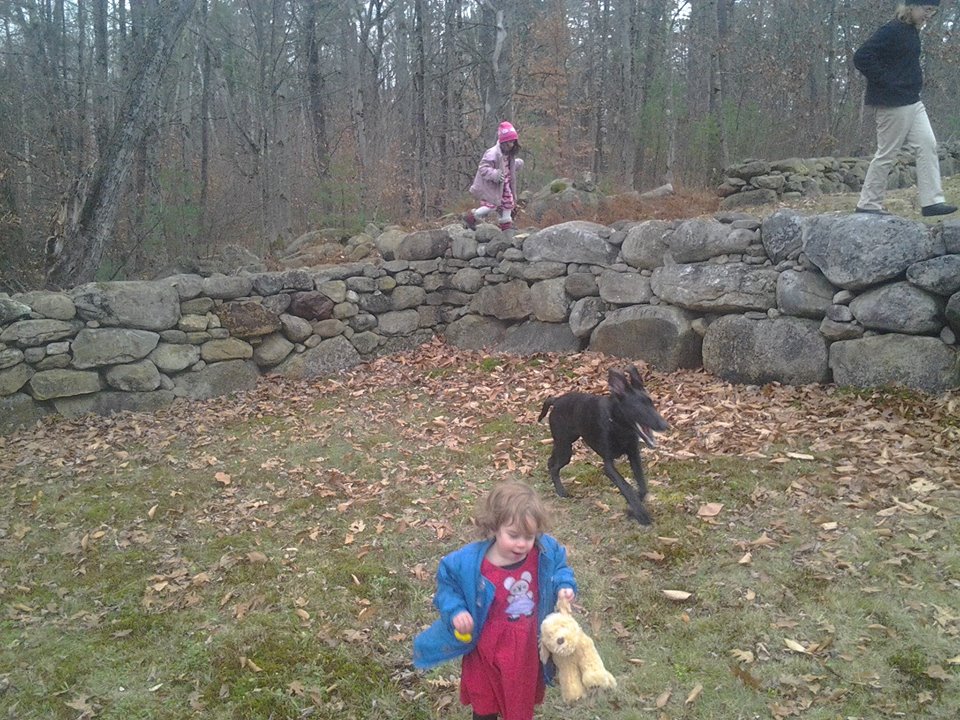 taking a break from zooming around, and laughing his head off, on the inside: 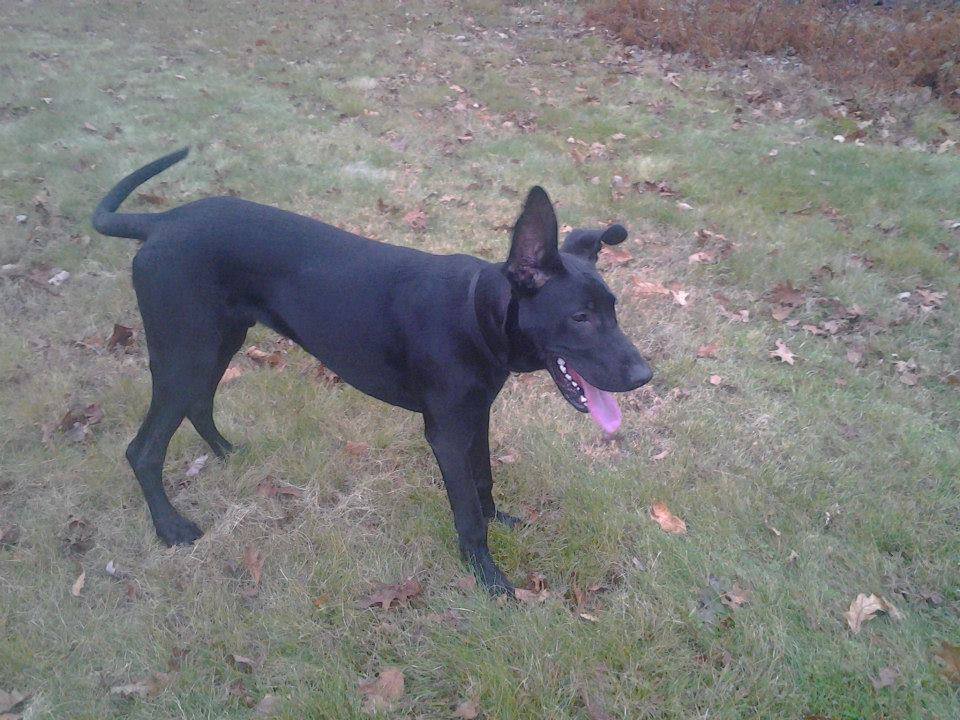 You see, a happy life.  I was not able to tell the kids that dogs just disappear from existence once they die.  I just couldn’t do it.  I know animals don’t have immortal souls.  But they have something.  Shane was someone, not something.

It was a hard few weeks, after he died.  Once the shock wore off, we talked a little bit about another dog, maybe a smaller one this time.  Our house is not big, and we were constantly tripping over Shane. We thought it would be smarter to scale it down, and look for a more sensible kind of breed.

Then this guy turned up:

This is not the actual dog, but it looks just like him.  Here is another dog of the same breed:

PIC mastiff in back seat

The one we met is one year old, a brindle English  Mastiff.  He grew up with three little kids and another mastiff; but his dog pal died, and now he’s lonely all day.  He is like a slow-moving armchair, and lets the kids treat him like a jungle gym.  Damien and I went to meet him, and he seemed pretty much like our dog.  His paws are the size of candlepin bowling balls, and he will be growing for another two years.  I know, I know.

Anyway, here is a bit about  his temperament.  We will be picking him up — well, not “picking him up,” but getting him, on the day after Christmas.  He goes by “Boomer.”  He drools and farts and snores, and is completely ready to love you forever, unless you maybe might be going to hurt the family, in which case he will sit on you.