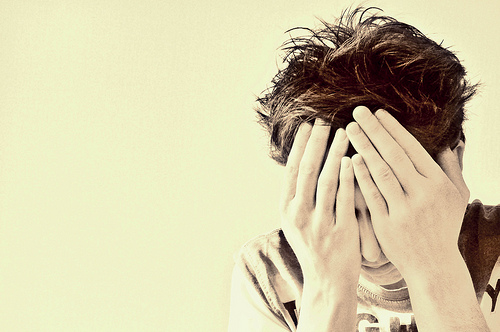 “Eternally hunkered down in a panic room.” That’s how one psychologist describes  the interior lives of people who are sexually attracted to prepubescent children.

Who could pity a pedophile? Of all the crimes in the world, child abuse rightly seem unforgivable.  “It would be better for him to have a heavy millstone hung around his neck, and to be drowned in the depth of the sea.” That’s what Christ said about people who hurt little children.

Say you feel sexually attracted to children. You don’t want to feel that way, but you do, and you have felt that way your whole life. You’ve never acted on your attraction, but you’re afraid you might. What are you supposed to do? How are you supposed to live your life?

I need to speak to a therapist because I don’t think I can get through this on my own. But if I talk to a therapist he could report me, because I have to talk about my attraction to young girls. I don’t know whether he would or not and don’t even know how to go about getting more information. Even the friendships I have are in danger of falling apart because I can’t just keep saying ‘I’m fine’ and I can’t talk to anyone about my problem. I think about suicide a lot.

This quote comes from a website I came across the other day. It’s called Virtuous Pedophiles,  and its goal is not to normalize pedophilia but to “provide peer support and information about available resources to help pedophiles lead happy, productive lives.” They say,  “Our highest priority is to help pedophiles never abuse children.”

From what I can see, the approach is in keeping with how the Church understands temptation and sin: there is a difference between being tempted to do something, and actually doing it. People who are tempted are not sinners simply because they are tempted — but they do need help. It is possible that our extreme and fitting repugnance of crimes against children is actually making it harder for pedophiles to avoid committing these crimes, because there is no structure in place to help pedophiles who have never acted on their urges. People are, in effect, punished for admitting that they need help.

A few years ago, the American Psychological Association printed a new version of its Diagnostic and Statistical Manual of Mental Disorders, and for the first time, it classified pedophilia as a “sexual orientation.” The nation responded with horror, and the APA quickly retracted what it called an “error.” In a statement, the APA said:

“Sexual orientation” is not a term used in the diagnostic criteria for pedophilic disorder and its use in the DSM-5 text discussion is an error and should read “sexual interest.” In fact, APA considers pedophilic disorder a “paraphilia,” not a “sexual orientation.” This error will be corrected in the electronic version of DSM-5 and the next printing of the manual. APA stands firmly behind efforts to criminally prosecute those who sexually abuse and exploit children and adolescents. We also support continued efforts to develop treatments for those with pedophilic disorder with the goal of preventing future acts of abuse.

In other words, pedophilic disorder means that you are attracted to children, not that you do abuse children. If you have this disorder, you should be able to speak about it with a therapist, to help you avoid acting on your involuntary attraction. It is neither a sin nor a crime to be tempted, but it is treated as both.

It is possible that the APA briefly used the term “sexual orientation” because they were attempting to classify non-abusive pedophiles in such a way that they could more easily speak to their therapists about their urges without triggering mandatory reporting.

I am not sure if this was the reasoning behind the choice to say “sexual orientation” (and Virtuous Pedophiles does use the term “orientation” in its site, which is disturbing).  There is most certainly a push, in some quarters, to normalize the sexual abuse of children, and to call pedophilia just one more shade in the rainbow. Goodness knows that the hierarchy of the Catholic Church, as well as in nearly every other organization that comes into regular contact with children, has been criminally slow to recognize and crack down on abusers and the structure that enabled them, even while condemning the sin itself; and some Catholics are still speaking as if the sex abuse crisis was some overblown, media-created hit job instead of the deeply scandalous tragedy it was and continues to be.

But as it is, people who are attracted to children are told that they cannot get treatment unless they’ve actually already preyed on a child! Part of the reason for this dearth of preventative treatment is, according to the NYT, because all the studies about pedophila have been done on pedophiles who have succumbed to temptation.Many psychiatrists believe that pedophilia has a neurological origin; but people who feel an attraction to children but do not act on it are not included in studies because they are afraid of being charged with a crime they have not yet committed — and so the information about pedophiles is all information about criminals, whose brains, psyches, behavioral patterns, and family histories may be very different from people who successfully resist temptation. It’s a vicious cycle.

I believe very strongly that society shouldn’t do anything that even suggests that attraction to children is within the normal range of sexual experience, and I believe that our laws should prevent child abusers from living and working near children. But refusing to acknowledge the existence of “virtuous pedophiles,” who are struggling against their attraction, is the wrong response.

The longer we refuse to acknowledge the existence of “virtuous pedophiles,” the less likely these suffering souls are to find effective treatment to help them remain virtuous.