I used to try to make extra money selling used books online. I would go to library book sales and try to spot rare and unusual volumes that people would be willing to pay a fortune for. Using only my intuition, I paid $1 for a probable first edition of a biography of Charles de Gaulle, which I turned around and sold for $80. Wildly encouraged, I used that same intuition to buy another fifty or sixty likely-looking books, also for a dollar each. And every single one of them, nobody wants because nobody needs. Thus ended my bookseller’s career.

People do actually make money buying and selling used books online, but you have to really love every single thing about books – and, less romantically but more practically, you probably also need to have a handheld ISBN scanner, which will instantly tell you if you’ve found a rare gem or a turkey before you decide whether to buy it.

As with so many other things, the money value of a book is more about how rare it is than how good it is. And so people who sell books because they love reading may find themselves scooping up junk because they know it will turn a profit, which is kind of a heartbreaker.

Anyway, now we have the luxury of just buying books that we want to read ourselves. This time, we filled four shopping bags. Here’s what stands out this time around:

Book there were inexplicably three zillion copies of:

Girl with a Pearl Earring. 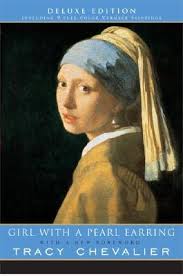 Really nicely written, overall. I have no idea how faithful it is to the actual biography of Vermeer, but it was a good, sad story, if a bit heavy handed at times. After reading it, I checked out the author’s earlier work, The Virgin Blue, and found it very much an earlier novel, and unbearably message-y. Should I keep reading, anyone? She’s done five more novels.

The Thorn Birds. This I read, I don’t know why. It is one of the worst novels I have ever encountered. If that one guy said, “I’m not a man, I’m a priest!” one more time, I was going to tear out the page and eat it in a rage. It’s so painful to read something by someone who clearly has talent, but who is overwhelmed, chapter after chapter, by fawning prejudice and a weakness for the easy way out. She opted for goo every time, until her characters were just little stubs of puppets struggling under a greasy load of caricature.

Stephen King everywhere. Holy mackerel, can we say overrated? I read several of his books in high school, and you know what he is? Competent. Hooray! Let us crown him with many crowns!

Book I put my foot down about this time: books that make noise. I long ago gave up the battle against toys that make noise, but I’m holding the line when it comes to books; and yes, five-year-old, that includes books whose batteries are dying and so they only make a small amount of noise.

The kids didn’t even ask for books that summarize Disney movies.

I also said no to a Care Bear puzzle that smelled like cats.

I did, however, green light a Harry Potter trivia game 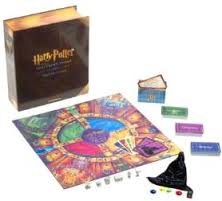 which miraculously had all the pieces. They’ve played it at least five or six times, so it must be pretty good. Apparently it has a few inaccuracies, which only adds to the drama.

Things I buy every single time I see them:

The Family of Man (got two hardcover copies this time!) 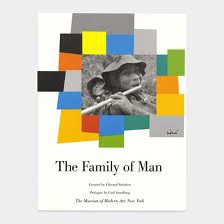 Wrote about this wonderful collection of  photographs and quotations here. I can’t pick it up without losing at least fifteen minutes. If you can find a clean copy, this would make a really nice wedding present. If you wanted to explain to an alien from Mars what human life is like, you could just show him this book.

Things I buy in hopes that I can leave them around the house and they will be so nice and bright that someone will learn something for once around here: 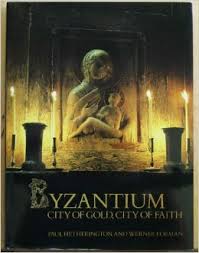 Replacement books that no one will be thrilled to see because we already have a few copies, but these ones have ALL THE PAGES:
Great Brain books. So weird and funny.

Lloyd Alexander’s  Chronicles of Prydain. Actually, I haven’t found any kid who especially likes these books, but there are still plenty more kids, so I keep buying them.

Henry Huggins and other Beverly Cleary books. I am always on the lookout for Otis Spofford, Ellen Tebbits, and Emily’s Runaway Imagination. These aren’t as common as the Henry and Ramona and Beezus books, but they capture the puzzles and comforts of childhood just as honestly. 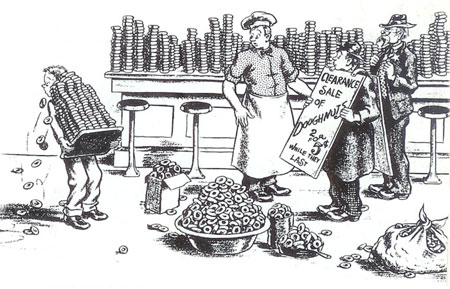 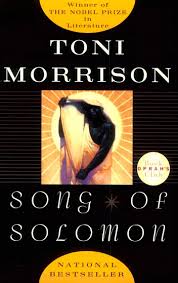 I like Toni Morrison, but I have less patience than I used to for books that just flit around here and there and make you figure out what happened when. I could also do without the recurring made-up phrases. You know who could get away with that? Homer. But “Baby Suggs, Holy,” is just not the same, and I do not need to hear it twenty-three times. But,I still like Toni Morrison, in small doses.

Trash books I considered buying just to remove them from circulation, but cheaped out because it wasn’t fill-a-bag day:

Dan Brown nonsense. I read The Da Vinci Code out of curiosity, and at first enjoyed it because of the astonishing things I was reading. I have worked with editors before, and I was just endlessly entertained trying to imagine who could actually do this for a living and yet let these passages see the light of day. But after a while, it just got depressing, and I ended up feeling like my brain had been worked over on some kind of exceedingly silly lathe.

Judy Blume nonsense. It’s recently come to my attention that Judy Blume has “written” “novels” for “adults.” I picked one up at the dump one time and read the first few pages. 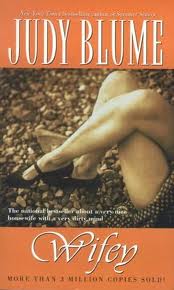 It was like, “One day, the house wife was housewifing around, because her loutish and impotent husband forced to make sandwiches, which were made out of wheat bread, mayonnaise, turkey, and iceburg lettuce, which she preferred over romaine lettuce, even though she knew it was somewhat less nutritious. Then a mysterious stranger came by on a motorcycle and masturbated at her. THEN EVERYTHING CHANGED.” Geez louise. There oughta be a law.

And of course The Golden Compass, which I wrote about in Things that have no right to exist.

I took comfort from the fact that it was day two of the sale and there will still plenty of copies lying around, so maybe they will just send themselves to the garbage without any effort from me and my social conscience. 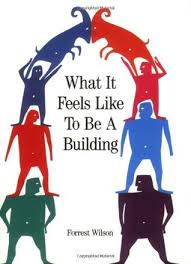 I haven’t read this one yet, but it looks like a neat concept. Here’s a review:

Have you ever felt squashed? Squeezed? Pulled? Tugged? If so, then you know what it feels like to be a building! Here, with playful drawings and humorous text, award-winning author Forrest Wilson uses human figures (plus some dogs and rams) to show that architecture and people have more in common than you might have believed. This book will delight everyone who is fascinated with the buildings around us.

CDs of The Screwtape Letters and The Great Divorce 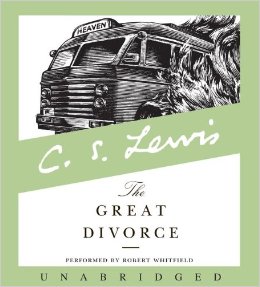 For like $2 each! Foolproof plan: play these for the older kids at night while we fold laundry. This has got to be better than our current system, which is to never ever ever fold laundry.

The most-read book of the lot so far:

A Birthday for Frances 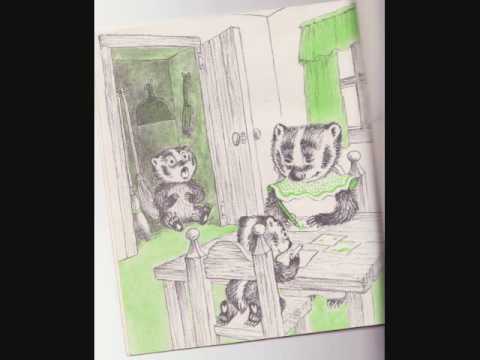 Frances is probably the realest little kid in all of children’s literature. There is no more exquisite passage portraying the triumph of man’s higher nature over his own passions, than this short work depicting a young badger’s struggle to relinquish the Chompo bar that she bought for her undeserving little sister Gloria’s birthday party.

None! Yay me! No “I really ought to finally read this,” “my kids ought to know this”, “we ought to have one of these around the house,” “it’s really time I learned how to quilt,” etc. I already stock my brain with stuff like that — no need to clog up the living room, too.

How about you? Any good book sale finds?

Oh, and as long as we’re talking about books, I forgot to take my ebook of sale, so you can still get The Sinner’s Guide to NFP ebook for $2.99!  I’ll leave it up for another day, and then it will go back to full price.