No, “Baby It’s Cold Outside” Isn’t a Rape Song 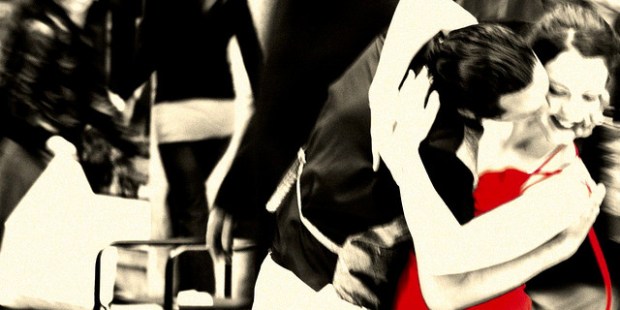 Share
Print
Simcha Fisher | Dec 29, 2015
Unpopular opinion time! “Baby, It’s Cold Outside” isn’t a rape song. It’s not even a rapey song. It’s a seduction song, and we used to know the difference between seduction and rape, before we elevated consent to the highest good.

For the record, I don’t even especially like this song. It’s okay, as far as cutesy duets go. It does an adequate job of capturing a familiar relationship between a man and a woman. As with any song, you can make it come across as creepy and criminal; but you can also make it come across as it was originally intended: as playful.  The couple is literally playing a game, a very old one, where the man wants what he wants, and the woman wants it too, but it’s more fun for both of them when he has to work for it a little bit. It’s a song about persuasion. That’s what seduction is, and that’s what makes the song interesting: the tension. If there is no tension, there is no song.

Here are the full lyrics. The woman’s lines are in parenthesis. If you’re convinced this song is a rape song, please do read through the lyrics before you read the rest of this post!

You’ll note that the only protests the woman makes are that her reputation might be soiled. She doesn’t say that she wants to go, only that she should. This is because  . . . I’m dying a little inside because I actually have to say it . . . she actually wants to stay. As women often do, when they are already in a relationship with a man they are attracted to and with whom they have been spending a romantic evening, and whom they have been telling repeatedly that they are actually interested in staying.

Most critics get hung up on the line, “Say, what’s in this drink?” The assumption is that he’s slipped a drug into her cocktail (or, occasionally, that he’s spiked her virgin drink with alcohol). Okay. Or maybe, at the end of an evening of dancing and drinking, he’s added a little more liquor than she’s expecting. Or maybe he hasn’t done anything, other than give her the “half a drink more” she just asked for, and she’s playfully making an excuse for what she’s about to do:  Whoo, what’s in this drink? I’m acting all silly, but it can’t be my fault, mercy me! Again: there is no indication, unless you take that one line out of context, that there is anything sinister going on. There is overwhelming evidence, if you listen to the whole song, that it’s a song about a pleasurable interplay between the sexes.

Heck, if we’re going to give this song the darkest possible reading, and single out one line while ignoring the context, why not call it the False Rape Accusation song? After all, the woman says, “At least I’m gonna say that I tried!” You see? She’s calculating a malicious plan to claim that she didn’t give consent, so that when her family and neighbors look askance at her for spending the night, she can make it seem like it was against her will!

Humbug. This is what happens when we’re all trained to see consent as the highest good. This is what happens when we’re trained to ignore context. People who can’t tell the difference between persuasion and force are people who have forgotten why consent is so important. Consent isn’t valuable in itself. It’s only a good thing because it’s in service to other things — higher things with intrinsic value, such as fidelity, free will, self sacrifice, respect, happiness, integrity, and . . . love. These are all things that you can’t have unless you have consent. But when all you look for is consent, and you ignore the context, you get two human beings who see each other in rigid roles — business partners with black and white contractual obligations. In short, you have what modern people say they despise about the bad old days: love as a business arrangement.

My friends, I believe there is such a thing as rape culture. When we wink and smirk and say, “Boys will be boys,” we degrade both women and men, and we teach women that they have a duty to give men whatever they want so they’re not a tease or a downer. We teach men that they can’t control themselves. We teach women that they can’t really say no, and that if they do, they’ll be scoffed at or blamed or disbelieved. When we tell the world that “no means maybe,” we’re setting the stage for rape.

But is this song doing that? Or is it just a little vignette of that deliciously warm in-between place, where reasonable people can have fun together? Because when we step outside, and make everything black and white, then baby, it’s cold.

We degrade both men and women when we tell them that sex is just another contractual obligation — and that there’s no difference between a violent encounter between strangers, and a playful exchange between a romantic couple, and a violent exchange between a romantic couple, and a loving relationship in marriage, and a violent relationship in marriage. We’re told that the relationship doesn’t matter, and that the actual behavior has no intrinsic meaning. The only thing that matters is consent. We think that focusing on consent will ensure that no one will be degraded or taken advantage of; but instead, it has won us abominations like “empowering porn” and 50 Shades of Gray and even the suggestion that children can give consent.  It wins us a generation of kids that asks things like, “How can I tell if she consents or not, if she’s not conscious?” (A real question I read from a high school kid; I’ll add the link if I can find it again!) These miseries are not a side effect; they are the direct result of a culture that elevates consent to the highest good.

It’s not only promiscuous, secular types whose lives are impoverished by the cold rule of consent. I’m a member of a group of Catholics where one young woman wrote for advice about her husband, who, she tearfully reported, kissed her without first asking consent. This made her feel violated.

It was her husband.

And she thought he needed to ask consent every time.

This is where the pendulum has swung. We’ve pathologized the normal, healthy, give-and-take of love. We’ve taught people that there is no such thing as context: that’s it’s fair game to ignore the entire relationship and to reduce each other to business partners.

Now, if you’ve been victimized or abused, then this is probably not going to be your favorite song. You’re free to find it creepy, and you’re free to change the station. But we don’t heal from abuse by turning the whole world into an isolation ward. Healthy relationships, where the context does allow for some interplay and ambiguity, should be the norm, and they should dare to speak their healthy name.

And one more thing (and I could write volumes about this): not everything is a lesson. Not every pop song is a primer for how to behave. I tell my kids that it’s our duty to be aware of what the world is teaching us, for good or ill; but just because we’re learning something doesn’t mean there was a life lesson intended.  Sometimes art, including pop art (like pop songs) is just giving you a slice of human experience, and when it feels familiar, then it’s done well, period.

No wonder people have no idea how to stay married anymore. They expect everything to be a lesson, and they expect those lessons to be black and white. They think that life is going to give them crystal clear boundaries. They think that it’s always going to be obvious what they can expect from other people and from themselves.