Wellity wellity wellity, look who is five years old! No, not that Puerto Rican tire fire. No, not sixty gazillion Isabellas and Sophies, Aidens, Jaydens, and Bradens. No, not even that weird protuberance on the side of my foot that doesn’t hurt or anything, so I’m just going to officially not know about it anymore.

I’ve  been blogging for about seven years — my first blog being a Blogspot joint, which I set to “private,” and now I can’t remember how to invite myself back in.  This seems like some kind of metaphor for blogging. Something about not being able to find your own blog with both hands and a flashlight. Anyway, I’ve only been with Patheos since June of 2013, so I’m going to share posts from that month on. (If you have a hankering to browse through other posts, remember I have archives dating back to 2010. You can find them in my sidebar without even a flashlight.)

Without further butt jokes, here are a few of my favorite posts from the past yearish: 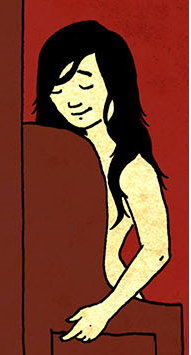 Those are the worst nightmares:  the wave comes, the darkness falls, the crowd sweeps by, and your child is gone.  Where did he go?  Why didn’t I hold on tighter?  My husband would have gone and dug up the frozen ground to bury the body, but there is nothing to bury.  He has been washed away, and I don’t even know when.  Maybe he died weeks ago, when he was too little to be seen.  Maybe I was happily patting someone who was already gone. It wouldn’t change anything if I could have buried him. But I wish I could have done it.

I encourage my kids to listen mostly to the [Beatles’] earlier stuff, where their technical brilliance can be enjoyed unimpeded with the navel gazing muzziness that came later.  We have discussed how people in Hell are probably holding hands and singing “Imagine” right now; and I have taught them to identify the sitar, when played by a white man, as the sound of bullshit. But . . . oh, I don’t even know what to say.  I’ve said it so many times, and I don’t know if there’s any way to persuade people who don’t already see it so clearly.  We’re Catholic. Our main job isn’t to apply “censor” bar across everything that doesn’t come straight from the Baltimore Catechism.  We take what is good. We’re supposed to beexperts at identifying what is good.  We’re not supposed to be screaming meemies who bite our lips and blush every time someone dips into a minor key.  We’re supposed to use sifters, not dump trucks, when sorting through culture.

[Abortionists] liked it when the gory pictures were out there.  It made their job easier.  Women literally ran toward abortion.

#4. You get to discover that your husband is really, really in love with you, or else he’s a fantastic and indefatigable actor.  Just think, if I were still the proportions I was when he met me (36-24-38, just two inches away from being zoned as a brick house!), I would always wonder if he was sticking around all these years because of me, or my measurements.  Now that I’ve added the equivalent of a six-year-old child to my frame, I know it must be true love.

AND, I figured out how to use the video camera on my thing, except I held it sideways. I realize now that I achieved that “won’t you rescue this poor puppydog who fell into a well” camera angle, but that’s only because I didn’t want you to see how many chins I have. But seriously, this was my favorite Patheos moment, and I mean it:

Well, happy birthday Patheos! And thank you, my dear, dear readers, for sticking with me. Patheos will be hosting and featuring videos from bloggers on all channels, as well as “best of” posts, so keep your eyes peeled, as my mother used to horribly say. So much talent on Patheos, you definitely don’t need a flashlight to find it.